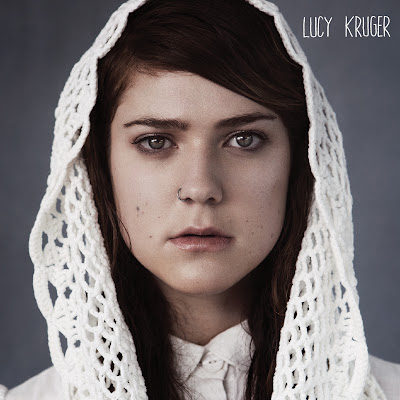 “So dance dance little puppet to the rhythm of their shallow heart beat and remember / It’s catchy phrases that sell,” croons Lucy Kruger soothingly in the chorus of “Catchy Phrases”, the opening song on her debut album Cut Those Strings. “If you could show me how to cut those strings / If you could teach me how to really sing,” she reflects at the end of the track, capturing her struggle to make it in the music industry without selling her soul to the seductive devil of commercialism. And that’s what makes Kruger distinctive. She cuts the stifling strings of convention to produce a refreshing, eleven-track album that boasts collaborations with some of South Africa’s most illustrious musos such as Schalk Joubert, Inge Beckmann and Albert Frost.
The newcomer’s sound can be described as indie folk with a dollop of rock but the task of genre-allocating seems trivial, especially on Cut Those Strings, where the spotlight shines directly on Kruger’s smooth, velvety voice and honest, intensely personal lyrics.
Lark and Beast frontwoman Inge Beckmann contributes her signature hypnotic wail to “I’ll Sing For You”. The sound of the mesmeric sirens joining forces on the track makes it difficult not to picture the two sitting on a rocky coast, luring in their listeners one by one.
“Fired Up” is a more up-tempo and edgy song with Kruger belting and growling the lyrics in a way that echoes KT Tunstall’s organic vocal strength. The track also has a slightly bluesy feel to it, with the inclusion of one of Albert Frost’s spine-tingling guitar twangs.
The chilling acoustic number “Heart of Stone” starts off with the sweet, affable sound of the guitar which quietly becomes more eerie and ominous. “Going along / Singing this song / Banging out the words like a newborn drum,” sings Kruger rhythmically on the track, as if to emulate the drums she is speaking about.
It is quite amazing to conceive what the fledgling musician has achieved in such a short space of time, having only graduated from Rhodes University last year. If Cut Those Strings is anything to go by, Kruger will have no problem in swiftly developing a plumage that many musicians can only yearn for.