I had a chat with the incredibly talented Zaki Ibrahim a couple of months ago at Arcade Empire. It's only being published in Perdeby now thanks to exams and the long holiday. Remember, you can click on the article to enlarge it. Enjoy!

Email ThisBlogThis!Share to TwitterShare to FacebookShare to Pinterest
Labels: Every Opposite, Interviews, Music, Perdeby, Zaki Ibrahim

The December Streets are launching their new album this weekend. Bombay Show Pig from the Netherlands are going to be playing too.
Yes, please! 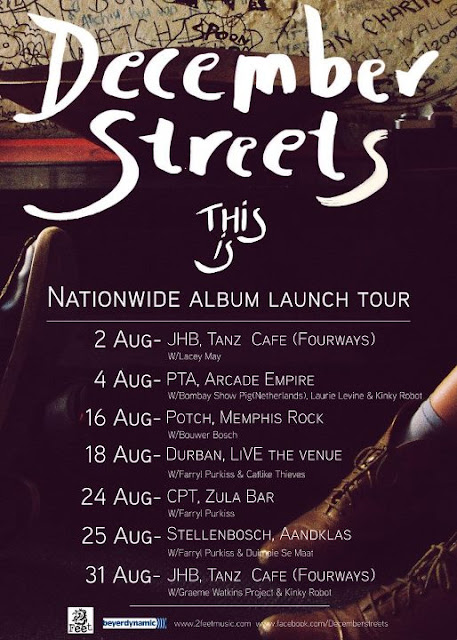 Posted by Melina Meletakos at 22:33 0 comments

I can't tell you how much I missed Arcade Empire. Everybody's favourite live music venue relocated to a new and improved space opposite The Grove Mall in Equestria. While the Arcade Empire team were hard at work getting the new venue ready, us regulars found ourselves wondering what we did with our time before Arcade entertained us week in and week out.
I sadly missed the launch weekend when I was in Durban but I made my way to Arcade on Saturday night for the launch of Lark's new album, Gong is Struck. The new venue is massive and boasts foosball tables, old arcade games and the Super Mario Brothers colourfully painted on the walls, all to fit in with the whole 'arcade' theme. Well done Arcade, you guys can be proud of the incredible venue that you have created.

Now for Lark: Christi bought the new album on Saturday and we have been playing it on repeat since then. It's undeniably a masterpiece and quite easily one of my favourite albums of the year. Inge Beckmann gave a moving performance, as usual, with tears streaming down her face as the band performed 'Thoughts'. It was beautiful, as was the entire performance.  It's the kind of show you don't want to end and when it eventually does, you realize that your life will probably never be the same again and that's really no exaggeration. 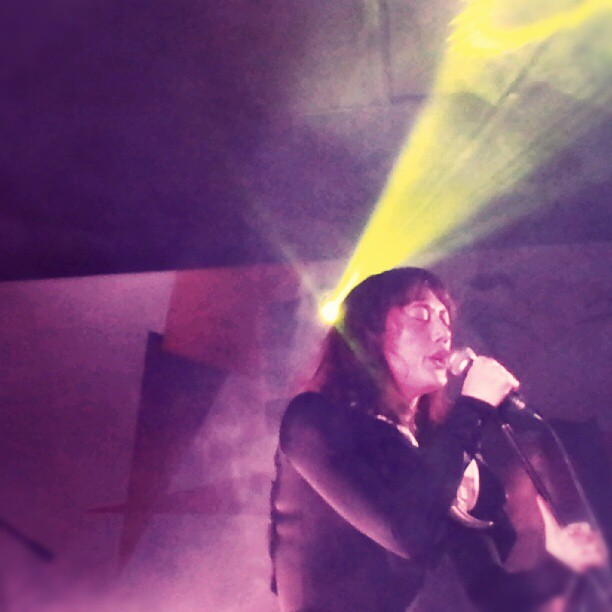 Posted by Melina Meletakos at 22:02 0 comments

On Saturday morning my mumsie, Christi and I ambled around the Hazel Food Market in the warm winter sun looking at all the mouthwatering food on offer, wondering how we could convert our stomachs into a bottomless pit to fit it all in. I settled on a Moroccan cauliflour and Edam cheese soup and a mojito, which might I add was probably the best mojito I have ever had. I have also come to the conclusion that I must have been Indian in my previous life because man, oh man, do I love Indian food, hence the packet of samoosas below.
If you're keen to visit The Hazel Food Market, it is open every Saturday from 9am-2pm and is situated in the Greenlyn Village Centre in Menlo Park. Warning: Go on a two day fast beforehand to make room for the feast that awaits you. Your stomach will thank you. 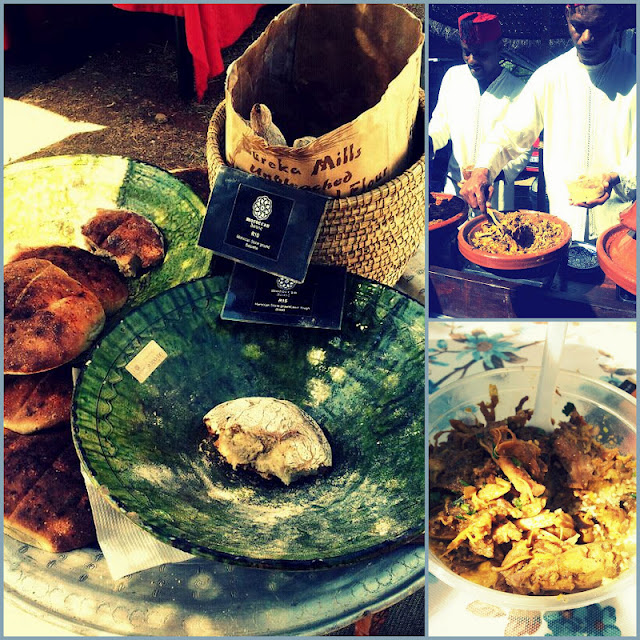 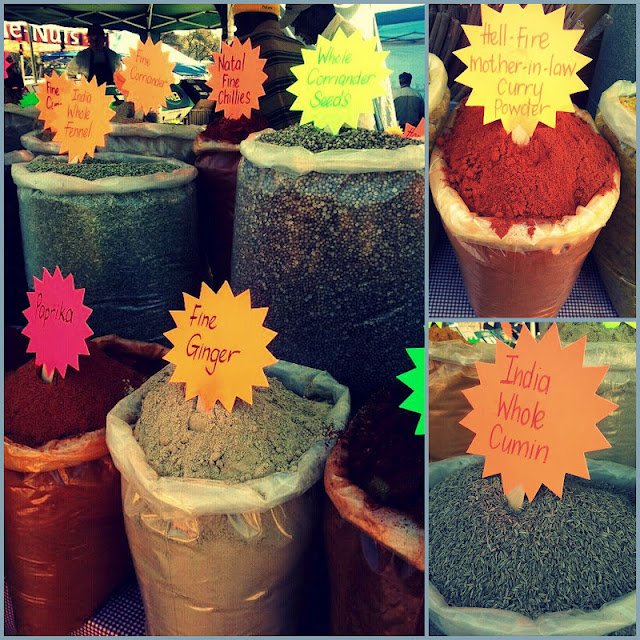 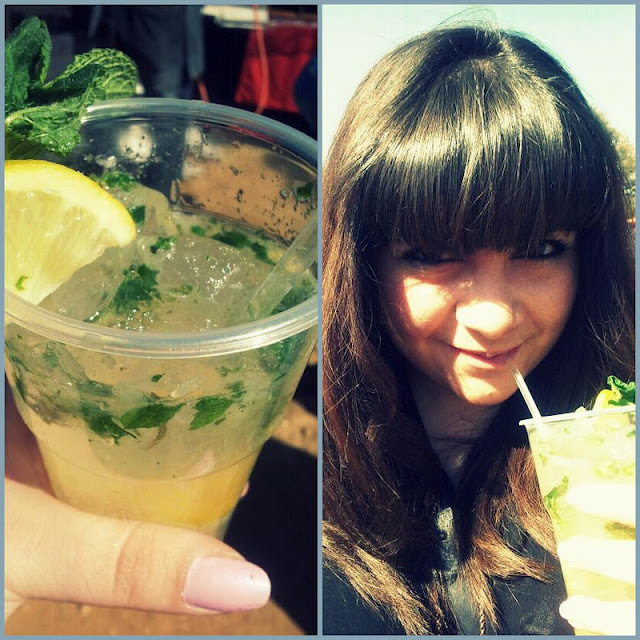 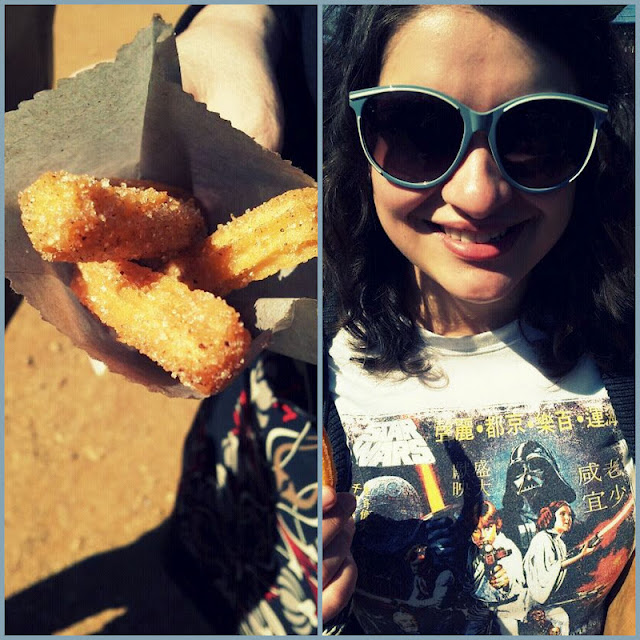 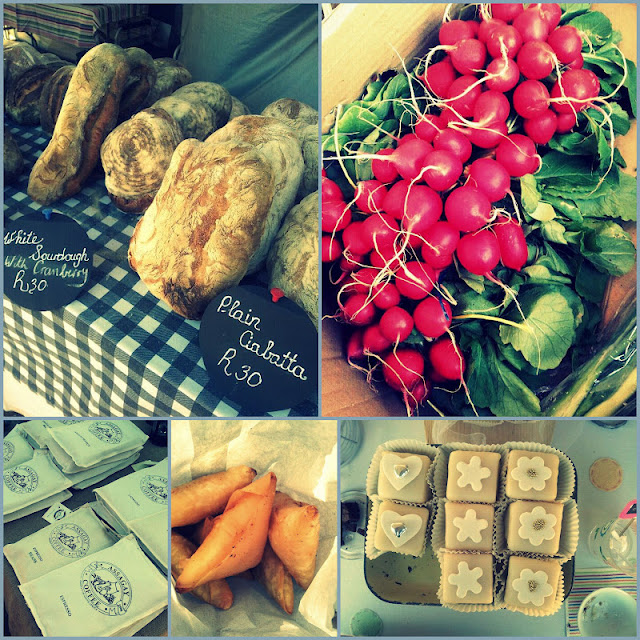 Posted by Melina Meletakos at 21:27 0 comments

I bought a moustache 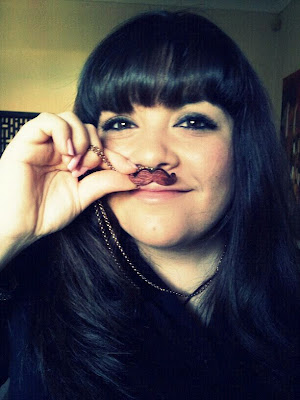 Look what I found at Diva- a sweet little tash. You can buy all sorts of pendants to attach to an old chain.  Thank goodness, because I lost my beloved gold heart at Quiz Night this week. Speaking of Quiz Night, it's probably one of the only good things about being back at varsity. That, Fego's cappucinos and writing for Perdeby again.

Posted by Melina Meletakos at 19:20 0 comments

A  new musical discovery thanks to a new friend.
Edward Sharpe and The Magnetic Zeros.
Home.

Posted by Melina Meletakos at 21:12 0 comments

If you aren't the biggest fan of Instagram, you're really going to hate it (and me) after this post. I went down to Natal last week to visit my dear friend Marina. Here's a few of the Instagrams I snapped along the way. We spent our time in Durban, Kokstad, Margate and Port Shepstone. What fun. Made it so difficult to go back to uni today, especially when you wake up to a car's flat battery. Meh.


Posted by Melina Meletakos at 20:57 0 comments

Mister Louis Minaar does not disappoint with his music videos. Man alive, he's a genius. Here's the music video for Jack Parow and Gazelle's Hosh Tokolosh. Brilliant, as usual.

Posted by Melina Meletakos at 13:21 0 comments

The Jumper is a Joburg-based band made up of Jacques du Plessis, Gavin Flaks and David Grevler, who once upon a time were all part of Wrestlerish. 'New York Brawl' is the debut video off their free online EP Birds have problems too. It was directed, shot and edited by Hanro Havenga.

The band is releasing a new track every day this week with 'Slowly, Slowly' being released yesterday.  I like 'New York Brawl' but I love 'Slowly, Slowly'. A whole damn lot.

Posted by Melina Meletakos at 07:53 0 comments

Email ThisBlogThis!Share to TwitterShare to FacebookShare to Pinterest
Labels: Music, Music videos, Song of the Day, The Jumper 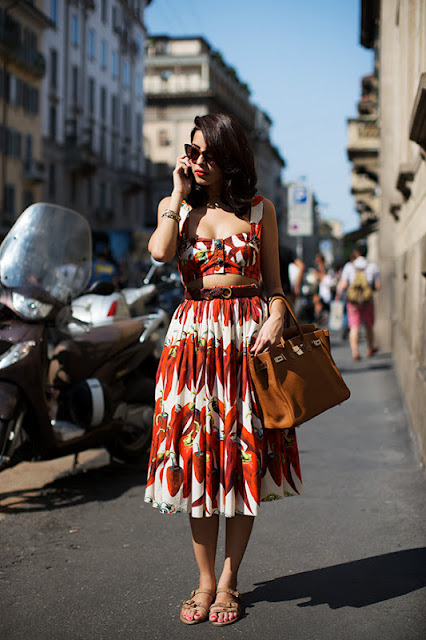 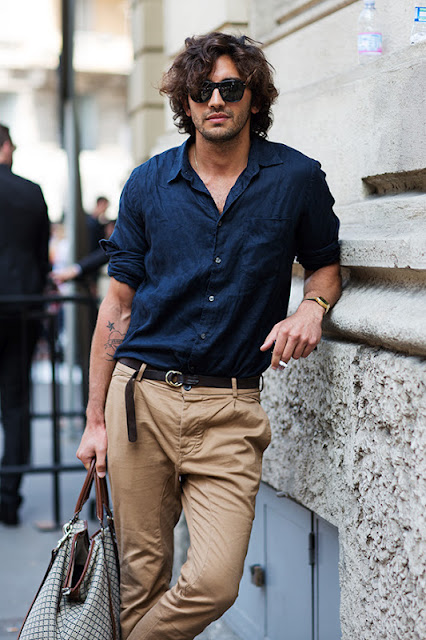 Images found via The Sartorialist
Posted by Melina Meletakos at 22:49 0 comments

I love all these fantastic little restaurants that are popping up around Pretoria. I've been hearing a lot of buzz about Lucky Rodrigo, so today I went there for lunch today to see what everyone has been talking about. I had the vegetarian burger, which was easily the best vegetarian burger I have ever had. It consisted of a hash brown, a tasty mushroom sauce, haloumi, brinjals and a whole bunch of other delicious things that made my belly mother flippin' excited. I also had a glimpse of their new menu which looks like a number of other delicious things will be available at Lucky Rodrigo soon. Visit their Facebook page here for more information. 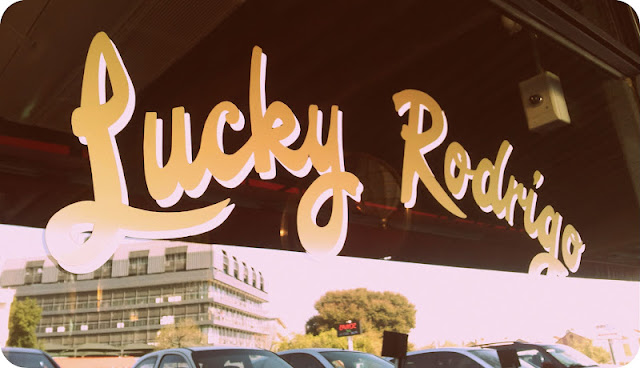 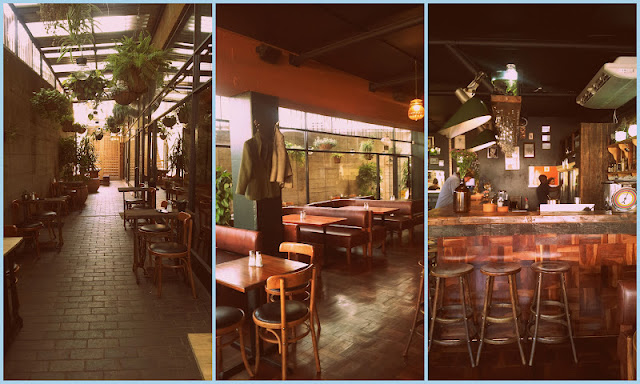 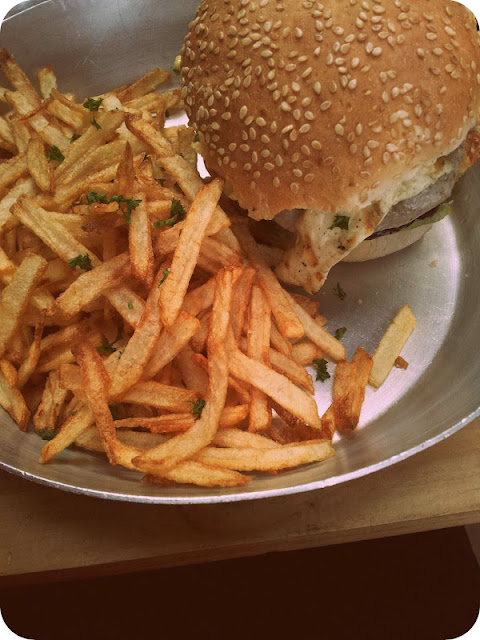 Posted by Melina Meletakos at 22:20 0 comments

Local bands are releasing amazing material left, right and center this week. Here's the new Zebra & Giraffe video for 'I'll Blame You'.  It's a real cracker. A bit dark and eerie, but ultimately splendid.  They've undergone a bit of a change recently, changing from a 5-piece to a 3-piece band but judging from this video, their sound hasn't suffered one little bit.

Posted by Melina Meletakos at 13:34 0 comments

Email ThisBlogThis!Share to TwitterShare to FacebookShare to Pinterest
Labels: I'll Blame You, Music, Music videos, Song of the Day, Zebra and Giraffe

Remember how I raved about Isochronous's cover of the Skrillex remix 'Cinema' when they opened for Two Door Cinema Club (see that post here)? Well, now they have just about made my day by making 'Cinema' available for download for free. If you want to get your grubby little paws on it, visit the Isochronous website by clicking over here.

Posted by Melina Meletakos at 11:04 0 comments

And you thought Monday mornings had to be awful?
Bittereinder have released a little promo clip for their upcoming album, Die Dinkdansmasjien.
Can't wait!

Posted by Melina Meletakos at 10:49 0 comments

Shortstraw have just released their music video for 'Twiep Twiep', the third single off their debut album, You're Underfed, I'm Wonderful. So bummed their gig at Cafe Barcelona yesterday was cancelled. Come visit P-Town soon, ok?
Posted by Melina Meletakos at 10:39 0 comments

Howdy. Excuse my absence. My internet hasn't been working for the last couple of days. It's been rather painful, believe me.

I came across a lovely little vintage store called Laced With Romance. Owner Stephanie Villalobos-Fellabaum runs the physical shop in Austin, Texas and then she also has the online shop for all us poor souls who live too far away to pay her a visit. These are some of my favourites. Visit the website for more pretties to feast your eyes on. 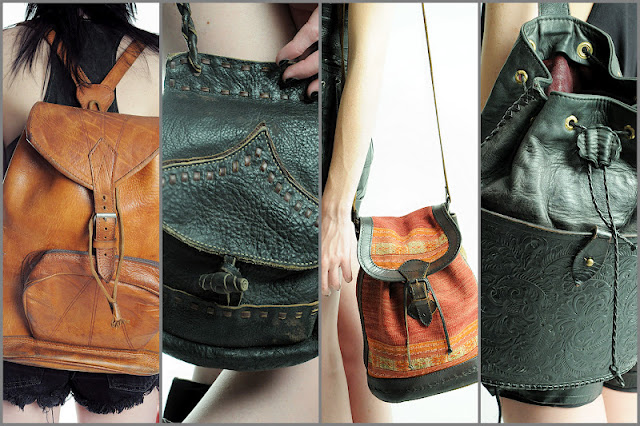 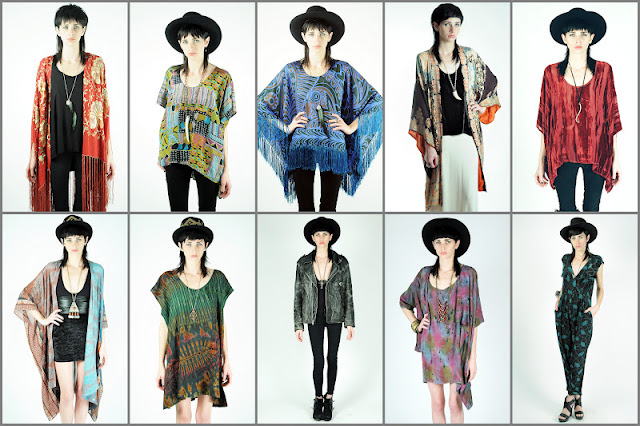 Posted by Melina Meletakos at 12:17 0 comments

'Little Talks' by Of Monsters and Men. What a rad music video.

Posted by Melina Meletakos at 11:59 0 comments

Goodnight Wembley is a five piece rock 'n' roll outfit hailing from the Mother City. The band is made up of members from Taxi Violence, 7th Son, Dead Lucky, Like Knives, Dead Lucky, Bilderberg Motel and Yes Sir! Mister Machine. Where they all find the time, I don't know but here is their debut single and music video, "Time Machine". Enjoy!

Posted by Melina Meletakos at 20:50 2 comments

Last week I caught up with an old friend at Honey Badger Bistro, a new quaint eatery on Pretorius Street. I quite adore this place. It's got everything that you could ask for in a restaurant. The menu, although small, is loaded with some of the most delicious food I have tasted in ages. I think what gives Honey Badger Bistro the edge is that there is so much attention to detail. The beautiful menu, the presentation of the food and the simple decor all combine to make this little bistro one of my new favourites. 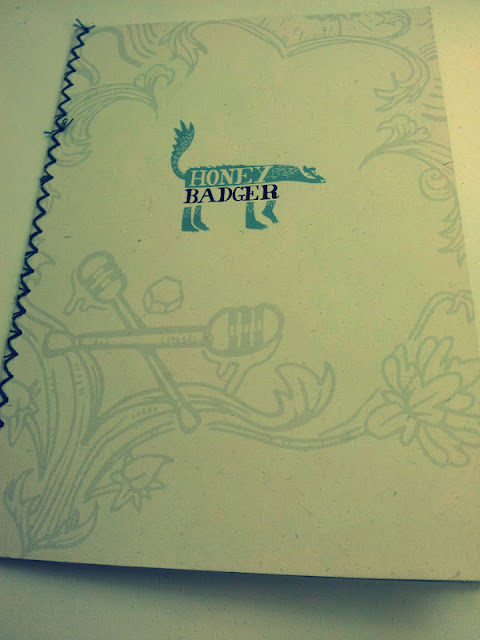 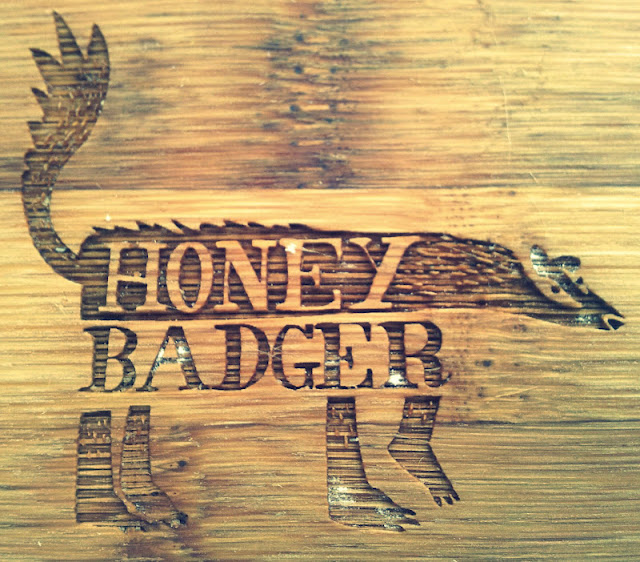 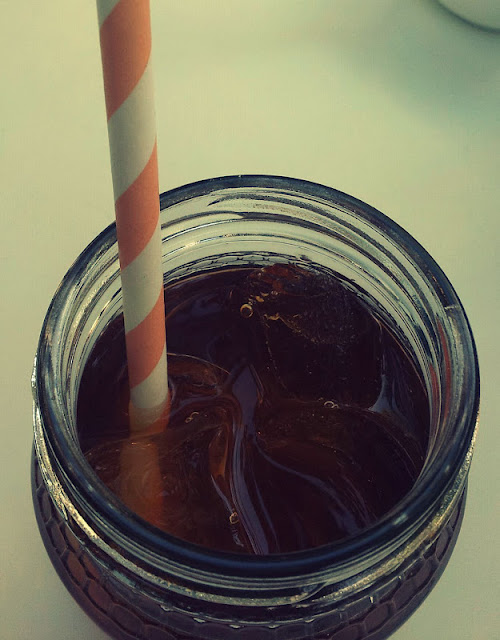 Posted by Melina Meletakos at 19:42 0 comments