Out In Africa Gay and Lesbian Film Festival 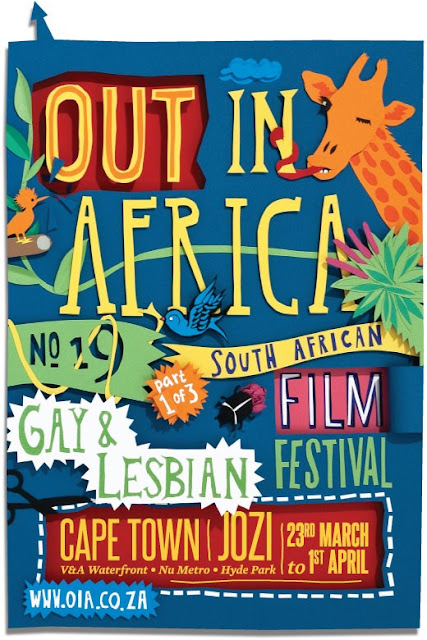 This Friday sees the start of the annual Out in Africa Gay and Lesbian Film Festival, a ten day event which celebrates the Gay and Lesbian community. It begins in Johannesburg with the thrice Oscar nominated Albert Nobbs and in Cape Town with British film 9 Dead Gay Guys.
The festival programme also includes films from around the world: My Last Round (Argentina and Chile), Kiss Me (Sweden), Romeos (Germany), Christopher and His Kind (UK), A Marine Story (USA) and North Sea Texas (USA).
Local talent will be represented by Mthokozisi Lembethe’s The Secret which will be screened along with two South African shorts, Anders and Paving Forward. International guests will also be present at the screenings. Among these will be Dreya Weber, who will present US military film A Marine Story. The Swedish film Kiss Me will be introduced by Josefine Tengblad. Both films have garnered several international film awards.
The second and third legs of the festival will commence on  Friday 27 July to Sunday 5 August and Friday 19 to Sunday 28 October (Opening nights – 17th JHB and 18th CT) respectively.
A full schedule of the films:
Posted by Melina Meletakos at 11:24

Email ThisBlogThis!Share to TwitterShare to FacebookShare to Pinterest
Labels: Festivals, Films, Out In Africa