“As long as we’re writing, there will be Fetish.”

This interview was first published in Perdeby on 4 March 2013. 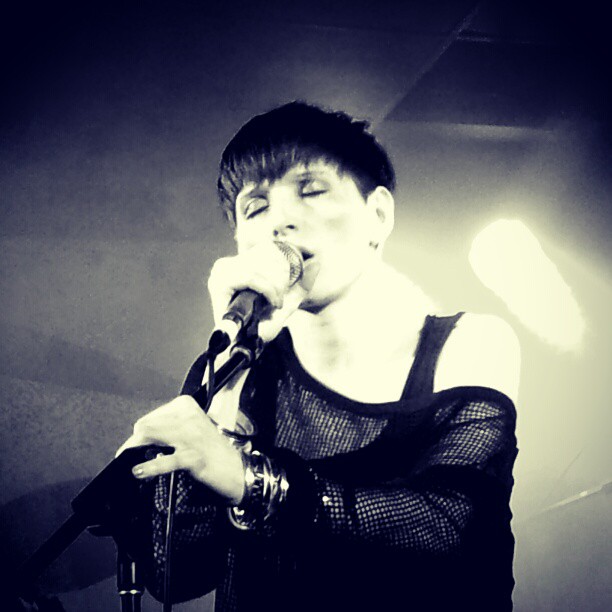 “Everything that ever involves Fetish always nearly falls apart,” says frontwoman Michelle Breeze, tilting her head back in nervous laughter. She’s talking about the band’s tour to promote Little Heart, their first album in ten years.

But fall apart it didn’t, and as Fetish finish the Pretoria leg of their tour at Arcade Empire, a fan comes backstage to proclaim his adoration for the band. He wants a photograph with them and a signed CD, of course.

“On the cover or on the disc?” asks guitarist Dominic Forrest.

“Wherever. Just sign it. Please,” he says emphatically, as if the question is frivolous. He’s probably been waiting for this moment for years, much like everyone else who worshipped Fetish at their peak in the 90s and who genuinely mourned when the band crumbled in 2002.

Before the internet democratised music, before Belville spawned artists like Fokofpolisiekar and before Jack Parow made kommin cool, there was another band with a cult-like following: Fetish.

The band burst onto the local music scene at the same time that alternative rock erupted in South Africa. There was a music revolution in the pop-dominated market and Fetish was at the forefront of it. They offered something different, a sound that was dark, edgy and contemplative.

Along with that came unmatched live performances with the gamine-like Breeze intoning the most undisguised lyrics. You would find yourself just standing at a Fetish gig and listening. Listening, and watching. No dancing. Breeze’s commanding presence wouldn’t allow it.

The band’s success snowballed after the release of Fetish in 1997, So Many Prophets in 1999 and the Shade of A Ghost EP in the same year. They opened for bands like The Smashing Pumpkins, Lenny Kravitz, Goo Goo Dolls, Skunk Anansie and The Cure. It seemed as if they were destined to go far or, at least, as far as a local band can go, and that was exactly the problem. 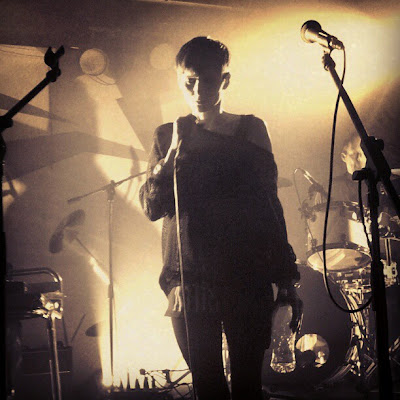 Fed up with the tiny South African market that saw their music career plateau, Fetish decided to give the overseas one a go. Breeze and Forrest made London their home and, with band members scattered all around the world, that was the supposed end of Fetish.

Now, years later, after getting an offer from Cape Town’s Digital Forest Studio to record again, Fetish have made a much anticipated comeback. “We hadn’t written together in about five years, but it took on a life of its own, really. There was nothing forced about it, which was nice,” says Forrest about the band’s reunion.

All the tracks for Little Heart were written in London in the two-month period before the band started recording in Cape Town. The recording process was also quick, with the entire album taking just two weeks to record. This brought about a more stripped-down, gritty, guitar-driven sound that still sounds like Fetish, just minus the electronic sound that underpinned their sound in the 90s. “It’s rawer than the earlier ones because it was done in such a compressed space. You also get a bit more of a live feel to it. I know everyone says that,” says Forrest looking at Michelle and laughing, “but it’s true.”

That’s not the only thing that has evolved about Fetish’s music, though. Breeze’s songwriting has, inevitably, also taken a slightly different direction. “I think my perspective is more outward-looking instead of that much inward-looking. There’s more of a consideration of the world that is going on around me,” she says. And this shows, especially in “Paper Skies”, a collaboration with Shadowclub frontman Jacques Moolman about the London riots that Breeze experienced in her adopted hometown.

Johan Smith from Muse magazine once argued that Fetish were never able to reach their full songwriting and musical potential. He said that glimmers of their promise could be heard on 2006’s Remains, an album of unreleased songs and demos.

Do Fetish think that they have lived up to their potential? “I think it’s a continuous thing,” says Forrest. “We always think we can write newer, better songs. Every song we write just evolves naturally.” Breeze adds, “We’ve already been talking about the new album and how we’re going to approach it and we want to express different things this time and probably take the music direction slightly differently. You want to keep changing things, otherwise it becomes boring.”

Does that mean there’s a future for Fetish? “We definitely want to continue making music and I think the chemistry is really good for us as a band. That’s not really easy to find just anywhere,” says Breeze. “As long as we’re writing, there will be Fetish,” adds Forrest.

Perhaps the best way to understand Fetish’s journey is by listening to “Merry Go Round”, the second single off Little Heart. “Merry go round / merry go round / everything changes / pity we got off so soon,” sings Breeze in the song’s chorus.

Everything has changed, yes, but one thing that has undoubtedly remained the same is Fetish’s ability to create more than music. They create art and Little Heart is a perfect example of just that.

Watch Fetish covering Rihanna's "Diamonds" below. It's so much better than the original, you guys.


Fetish - Diamonds (Rihanna) from Ross Campbell on Vimeo.
Posted by Melina Meletakos at 10:34