I know, I know. It's already been a week since the dust settled over Northam and I'm only doing this post now. Bad blogger, bad. My excuse? Death by post-festival flu. Between being unable to breathe through my nostrils and being on the verge of coughing up a lung, I somehow managed to make it through the week. I didn't get to enjoy Oppikoppi in the same way that other festival-goers did because I covered the event for Perdeby. This involved a jam-packed interview schedule that included both local and international bands. It was absolute madness but equally rewarding in that I learned a whole darn lot.

Want to know what I learned?

1. How to deal with stroppy artists.
2. Not too panic when there isn't internet connection, even at the most crucial of times.
3. Some of the best musicians in South Africa are also the most underrated ones, like Jeremy Loops.
4. Electro is huge. Massive. Enormous. The Red Bull Stage proved it.
5. Just how long I can survive without caffeine. Ricoffy doesn't count. Who are you kidding?
6. No matter what they tell you, hand sanitizer doesn't work. It just swishes the dirt around. With every day that went by, I looked a shade darker. And dealt with it.

Enough of me rambling. Here's some photos. 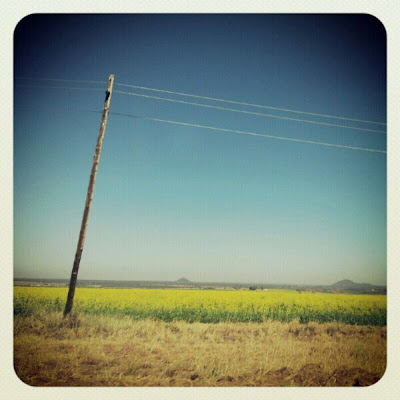 Posted by Melina Meletakos at 22:56