It doesn't happen very often that one gets to actually see international news that you have been bombarded with on TV. Last week, when I was in Athens, I went to Syntagma Square, the main stage for the Greek protests against austerity measures. A few days before, I had been to the islands of Rhodes and Santorini, where I experienced quite a different atmosphere to that of Athens. From an outsider's point of view, I felt a sense of tension and desperation in Athens. The Greeks are angry people at the moment. And so, they should be. Their government has let them down. The protesters, however, are relentless. They have taken to camping in the Square 24/7, while an angry voice can be heard on a speakerphone. As I witnessed all of this, I wondered what the future has in store for Greece. I guess I can only hope that the Greeks' call for change is not in vain. 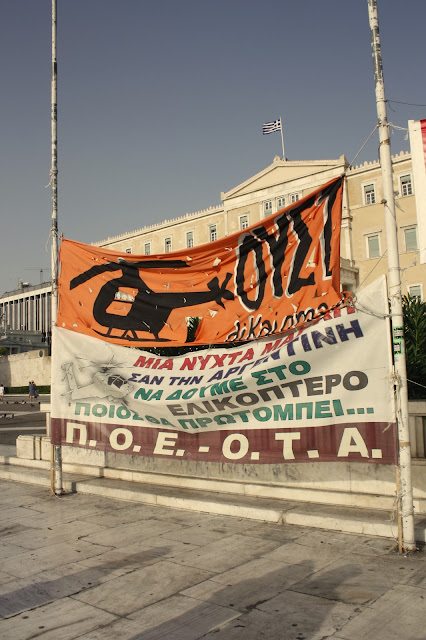 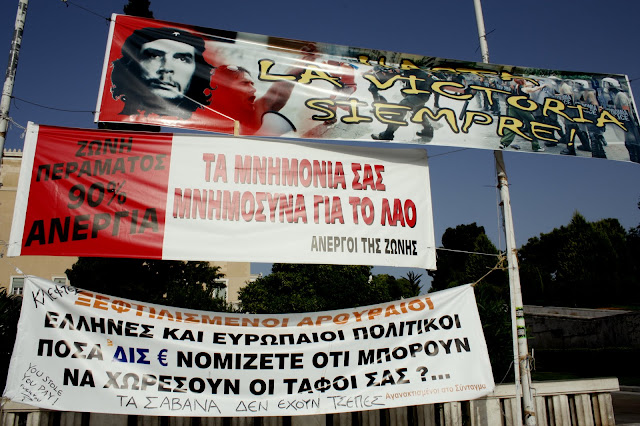 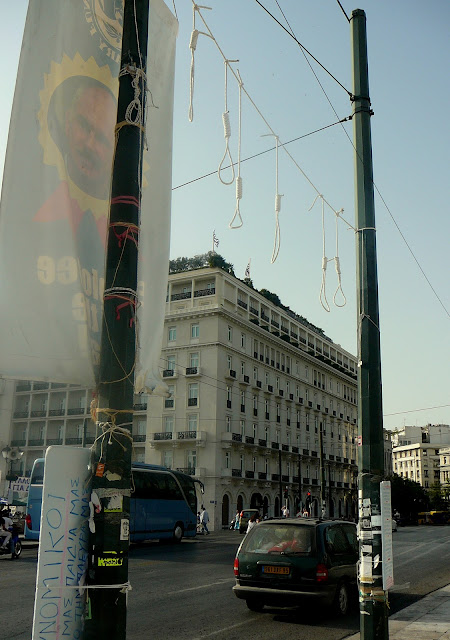 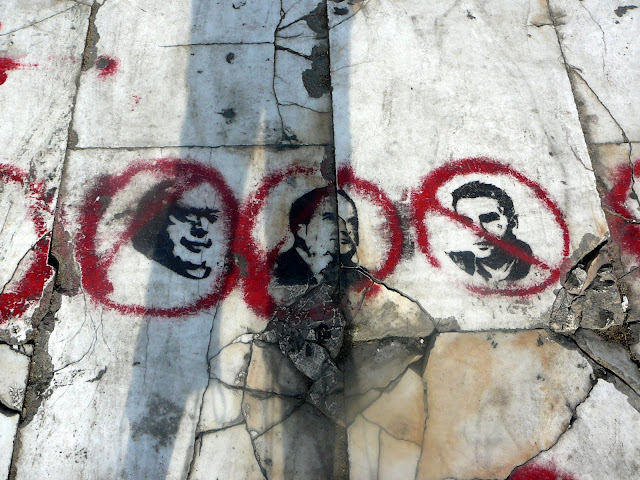 I struggled to translate all the banners. Should have paid more attention at Greek school. If anyone can help me with the translations, please let me know. I would really appreciate it!
Posted by Melina Meletakos at 22:43