Park Acoustics is one of my favourite things to do in P-Town. It happens once a month at the Voortrekker Monument. Music fanatics gather in the warm sun with their picnic baskets to relax and listen to a really great assortment of local music. Last Sunday, it coincided with Christi’s birthday, so we made our way to Fort Schanskop for the what really is the best way to spend a lazy Sunday afternoon. 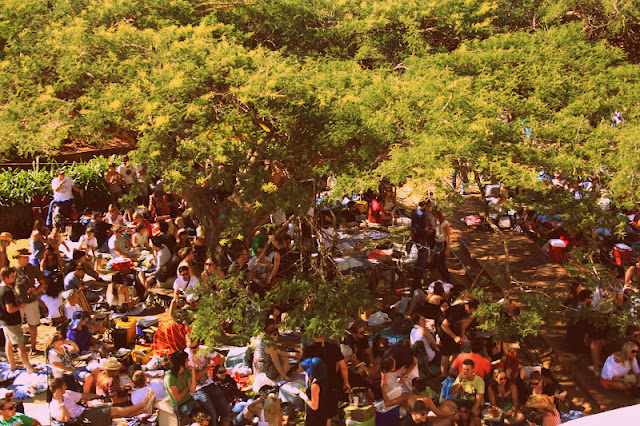 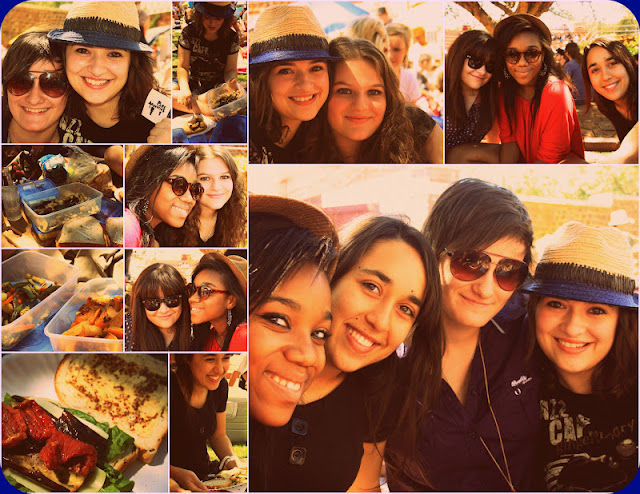 3RD WORLD SPECTATOR kicked off the afternoon with their spacey electronic pop/ rock. I was quite impressed with lead singer Peter Crafford's haunting vocals, which have such a wide range. It was the first time I'd heard 3RD WORLD SPECTATOR live and I'm quite keen to see what else this quartet from Stellenbosch has to offer. 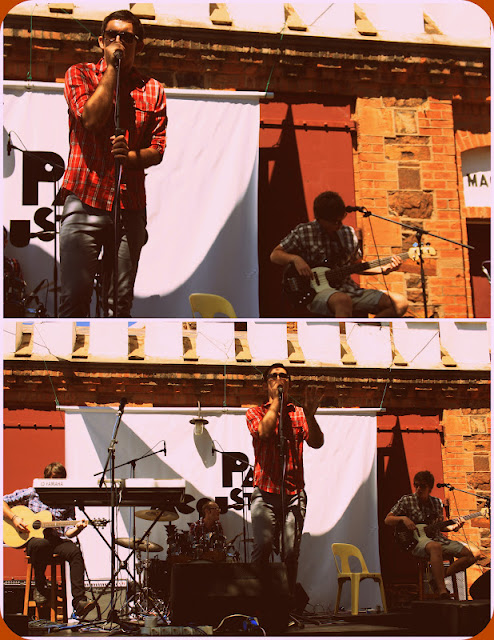 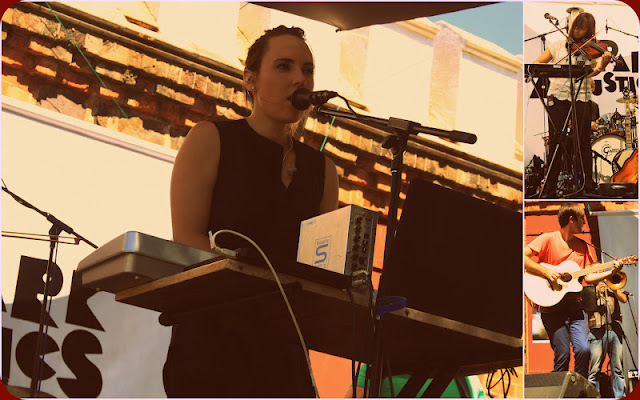 Park Acoustics really treated us with incredible vocals because next up was Fulka and we all know how beautiful Ola Kobak's voice is. Jean-Louise Nel's violin really stood out for me as well. I love how the band passes the banjo around so effortlessly. They are each a master of their own instrument and I think that's one of the things that makes Fulka's folktronica so successful.


Float Parade took to the stage next. Who knew that Desmond & The Tutu's bassist, Nic Dinnie, could sing? And oh so nicely as well. Their keyboardist, Pule Makona, is so great to watch. Not only does he have mad skill but you can see that he absolutely loves what he is doing. A huge grin adorns his face from the very first track and it stays there right until the end of Float Parade's set. This band is fast becoming one of my favourites. Their sound is clean and simple while their lyrics, which deal mostly with the theme of love, are refreshing. 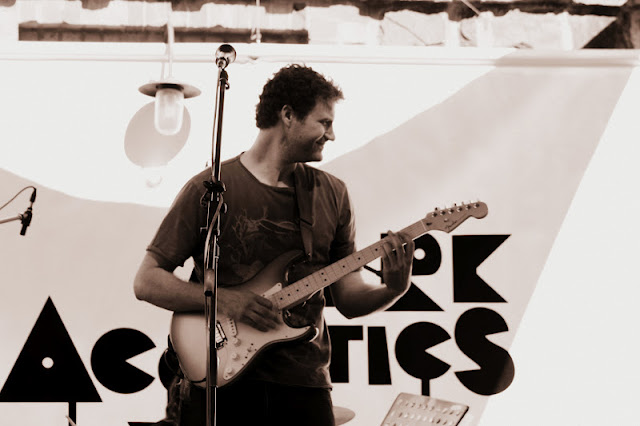 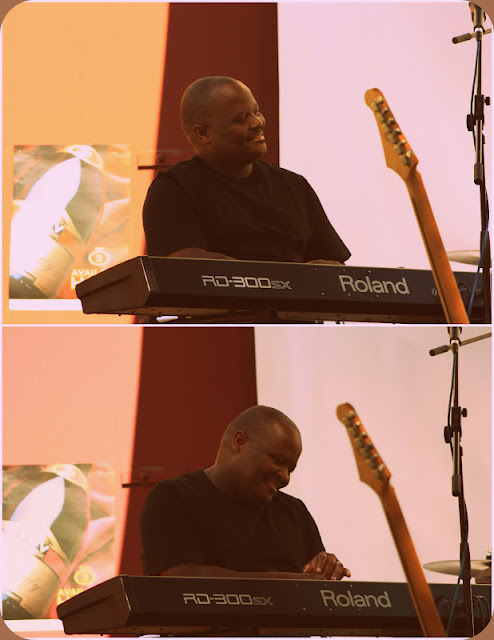 Last but most definitely not least, was Mr Cat & The Jackal. I remember seeing these dudes at Park Acoustics last year when they were one of the first bands to play. Now, they are headlining. I'm so glad that people are sitting up and taking notice of them because holey moley, they are just mindblowing. The brilliance of Mr Cat & The Jackal lies in the fact that their performance is very theatrical. Their lyrics, which actually include a lot of relevant social commentary, tell a story. They use dozens of instruments (some of which they make themselves), from a saw to a number plate. Like Fulka,  they swap their instruments around with the greatest of ease. Mr Cat & The Jackal got everyone on their feet dancing to their acoustic pirate folk. Actually, like most bands, you can't confine them to a specific genre. Mr Cat & The Jackal are experimental, that's the beauty of their music. 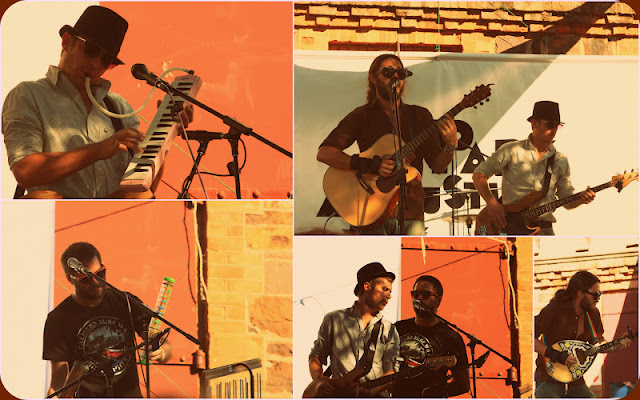 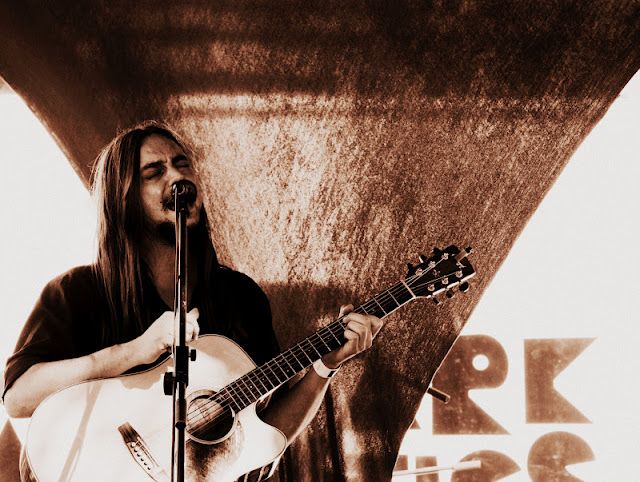 Below is one of my favourite pictures. Mr Cat & The Jackal's bassist, JC Visser, is one of the most entertaining people to watch on stage. He really takes his acting role in the band seriously, which provides many a good laugh while watching him. Here he is mourning the loss of his shoes. Brilliant. 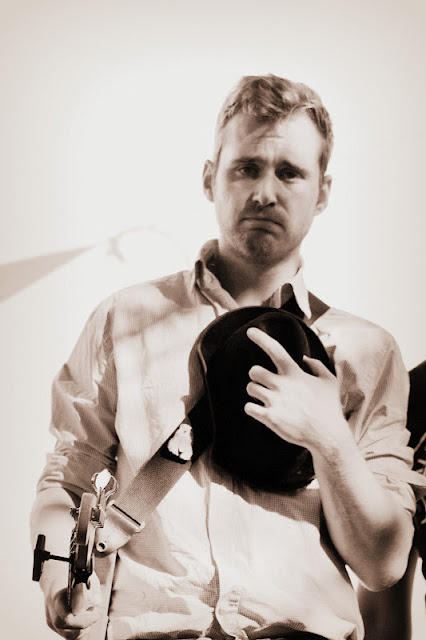 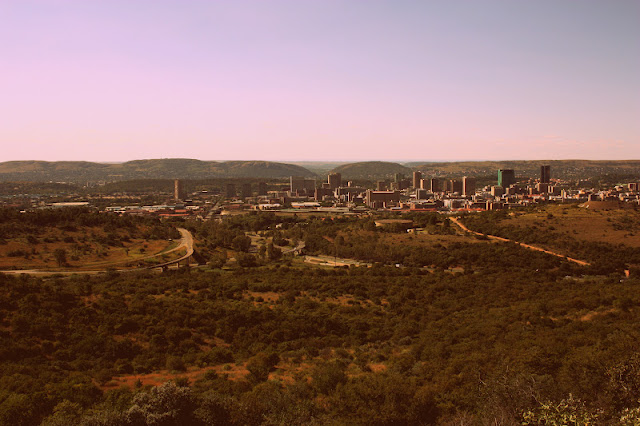 This is the breathtaking view of Pretoria from Fort Schanskop. Flip, but I love my city.
Posted by Melina Meletakos at 12:40