Pencil vs Camera by Ben Heine

"Pencil Vs Camera" mixes drawing and photography, imagination and reality. It’s a new visual concept invented and initiated by Ben Heine in 2010. It's full of magic, illusion, poetry and surrealism. Ben published his first "Pencil Vs Camera" image in April 2010 but the series is the result of a long graphic exploration and a logic consequence of his personal artistic development. Ben usually integrates an inventive hand made drawing in front of a realistic background. There are several methods to achieve the same effect. Ben’s hand is always clearly visible; it represents the close connection between the viewer, the artist and the artwork. The drawing is either in black and white on white paper or in color on black paper, while the photo is often very colorful, this amplifies the contrast between the two mediums.

Visit Ben Heines website here to see more from his "Pencil Vs Camera" series and some of his other art. 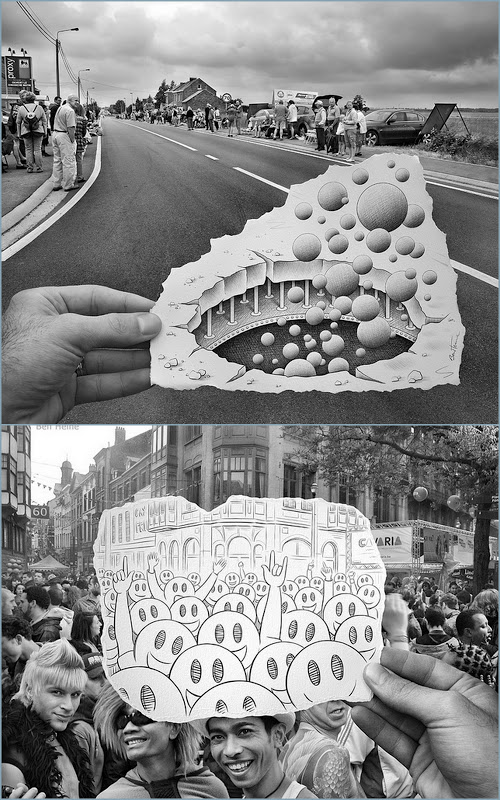 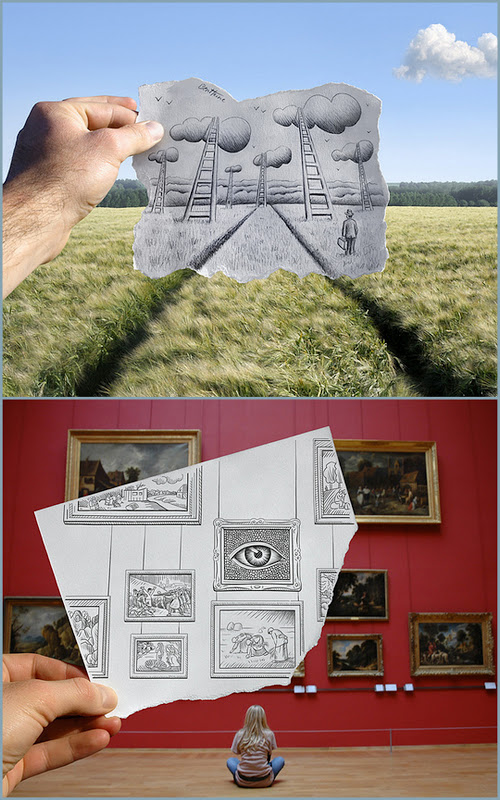 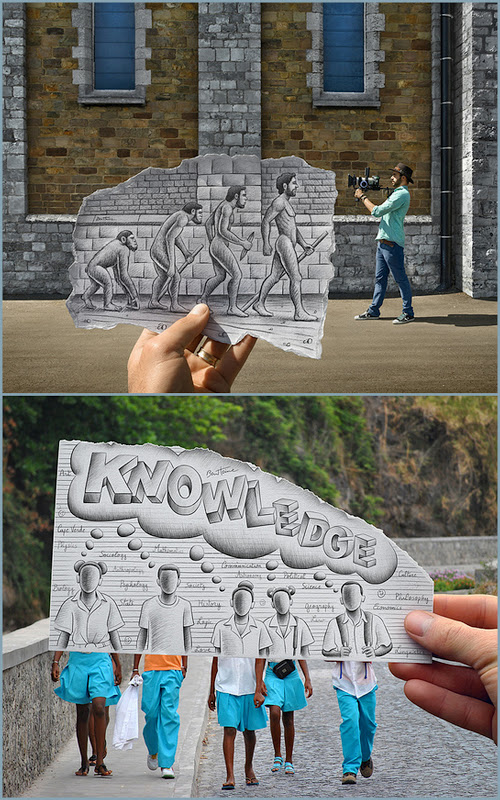 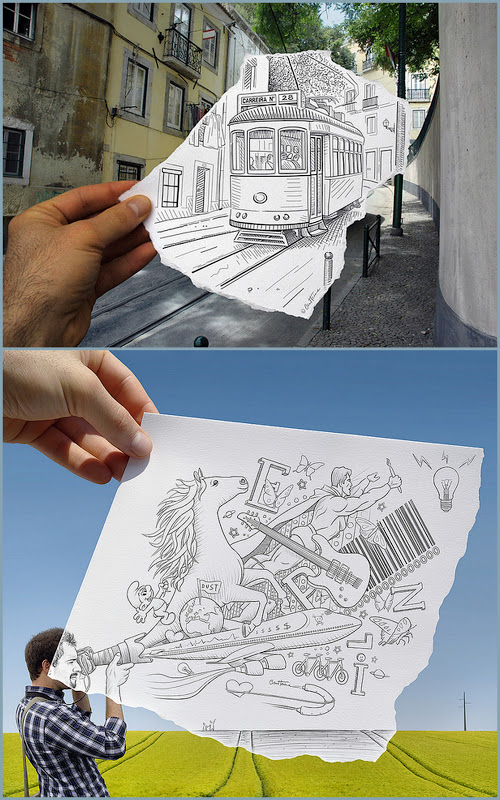 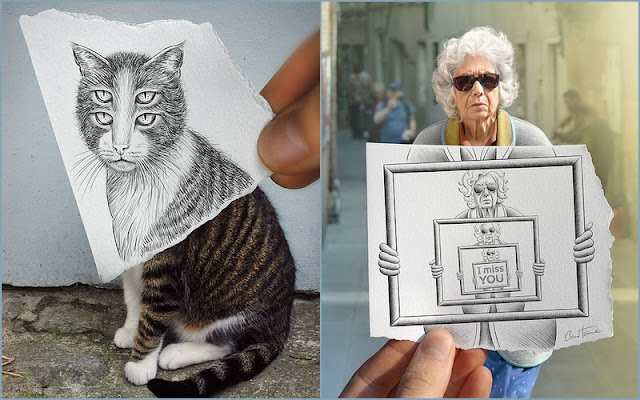 Posted by Melina Meletakos at 18:24