Doing a Bob Dylan cover is brave. His inimitable croon is soothing and gives life to his lyrics. Rolling Stone explained the essence of Dylan's charm perfectly when they gave him the number seven spot on their list of 100 Greatest Singers:

"Bob Dylan did what very, very few singers ever do. He changed popular singing. And we have been living in a world shaped by Dylan's singing ever since. Almost no one sings like Elvis Presley anymore. Hundreds try to sing like Dylan. When Sam Cooke played Dylan for the young Bobby Womack, Womack said he didn't understand it. Cooke explained that from now on, it's not going to be about how pretty the voice is. It's going to be about believing that the voice is telling the truth."

When I saw Nakhane Toure's tweet announcing that he had done a cover of Dylan's "I Was Young When I Left Home", I was a bit nervous about what would be on the other side of the link. Turns out I had no reason to worry. Toure's version, although could do with a bit of polishing, has an ethereal, spine-tingling quality to it which makes me more than a little embarrassed to admit that I had doubted him.

Listen to "I Was Young When I Left Home":

Posted by Melina Meletakos at 20:31 0 comments

Email ThisBlogThis!Share to TwitterShare to FacebookShare to Pinterest
Labels: Bob Dylan, covers, I Was Young When I Left Home, Music, Nakhane Toure

I've put together a mixtape to ring in the new year. I'm also trying out a new format by using 8tracks, which is really a wonderful way to discover new music.

1. The Jungle Giants- I Am What You Want Me To Be

8. Bateleur- I'm Further Away Than I Usually Am
Posted by Melina Meletakos at 15:08 1 comments

Shadowclub's nod to the past


“Sorry to interrupt, guys,” says a nervy fan as he walks up to Shadowclub. “I just want to say awesome work on the new album.”

He looks as if he’s mustered up all his courage to walk up to the band and recite the speech he has prepared.

As he moves on to drummer Isaac Klawansky, he looks up, as if searching for what he wants to say next.

“Isaac, sweet drumming. I don’t know much about drumming, but it fits really well.”

And for the grand finale, he turns to bassist Louis Roux. “And, um, if you’re not the best bass player in South Africa, then I don’t know who is. I love your lines. I’m also a bass player. I love your work.”

“That’s so nice,” says Moolman as the declaration of adoration comes to an end. “That’s what’s happening at the moment. We haven’t had that in such a long time. It’s a nice morale boost to have these kids coming and saying, ‘Fucking great album.’”

Shadowclub is at Pretoria’s Arcade Empire for the launch of their new album, Goodbye Wild Child, their second offering since their 2011 debut, Guns and Money. When it came to their follow-up album, the band had it all mapped out. They were to record with label Just Music’s in-house producer Matthew Fink at the beginning of the year so that they could have the album out by mid-2013. But things didn’t go according to plan after another musician booked and paid for studio time before them and Just Music’s newly signed artists took precedence.

“You expect to go into studio and you start readying yourself. In that experience, you live in studio. You mentally and spiritually prepare yourself and then it never happened,” says Moolman.

Shadowclub was forced to put their plans on hold for a few months, although they admit that the delay was for the better as it allowed the songs for their forthcoming album to brood for longer. “I think it gave us time to hone the tracks more and just get them tight and realise more and more what was going to work and what wasn’t,” says Klawansky.

While the holdup was frustrating, Klawansky says that the timing worked out perfectly. “I don’t think we would have made the same album and I think we love the album that we made, so we wouldn’t have it any other way.”

Having more time to polish the tracks for Goodbye Wild Child didn’t make writing the album any easier for Shadowclub as Roux says the prospect of coming up with new material was daunting. “But then we got into a good space and the tracks just came out,” he says.

For Moolman, the problem was a bout of writer’s block that left him in a quandary about what to write lyrically. “I had just gone through a huge emotional experience that I can pull a lot from. I had to channel the experience and put it into words the best way that I could,” he says.

The often fatal second-album slump didn’t get the better of Shadowclub though. Instead, questioning themselves and being able to deliver the album that they did despite this gave them the confidence boost that they needed. “I think that’s what the pressure was, whether it was going to come out nicely or whether anything would come out at all. Now what we know that it can happen we’ll be fine,” explains Klawansky.

Like Guns and Money, Shadowclub recorded Goodbye Wild Child live so that they could capture the feel of their often sweaty, feverish live performances. What they did do differently was spend a lot more time on post-production to ensure that each track is perfect. They also worked on an entire song at a time, instead of recording guitar, bass, drums and vocals separately. “Before, maybe all the vocals sounded the same because they were done in one day, all the guitar tones sounded the same,” says Klawansky. “This time, everything has a bit of a different feel.”

This time around, Shadowclub has also experimented with writing some unexpected melodic ballads. Moolman says that he was tired of the raw punk-rock sound that characterised Guns and Money and wanted to try something different. The first step in this direction was with the track “Suddenly”, an inspired Radiohead-esque track that oscillates between a slow, chilling falsetto and a massive, hard-hitting roar of riffs. From there, the band moved on to writing songs like “Magic Wand” and “Mocking Bird”, realising that they had the ability to paint a different kind of picture without the dirty, fast-paced assault of sound that they are known for. Out of these ballads, “Dirt and the Rubble” has proved to be the most popular with fans. Initially written for Moolman’s solo project when he was out on his father’s farm, it sees him lamenting the loss of a girl to the nightlife.

Roux says he knew that it would be a hit when the band performed the song at Brickfields in Carfax. “There was this girl in the front row. She had her boyfriend behind her with his arms around her shoulder and he was kissing her neck and she was just staring at Jacques throughout the whole song,” he says to an explosion of laughter that erupts from his bandmates.

“Our mate Gareth Wilson went from calling it a tear-jerker to a panty-thrower,” adds Moolman, who says that while “Dirt and the Rubble” is incredibly simple, it’s essentially a love song that everyone seems to be able to relate to.

Moolman’s lyrics have always centred on a character who comes into some kind of conflict with the world. But compared to Guns and Money, the character who penned the lyrics on Goodbye Wild Child is quite different. “For the first album, it was booze and drugs and sex and the nightlife. I think I lived in the night. It was that guy telling all the stories. But these? I mean, I wrote about stuff that I’ve gone through, and coming into my new life, my new way of seeing things and believing in things,” he says.

In this way, Shadowclub has used their second album to bid farewell to the more reckless versions of themselves. “We’ve all had aspects of craziness in our past and we’re all a lot more settled and mature. It’s a nod to what’s happened and where we are now,” says Klawansky.

“I used to call myself a wild child,” says Moolman. “I was going for the wild child experience and I got it and it almost killed me. And I was like, ‘Cool, I’m shaking your hand. Goodbye.’”
Posted by Melina Meletakos at 19:17 0 comments

I've put together another list to add to your list of annoying year-end lists. Behold the best South African albums of 2013, in no particular order. This is a high five to the year's most beautifully crafted, well-executed records that showcase the best in local talent and make me very proud to be able to write about South African music. 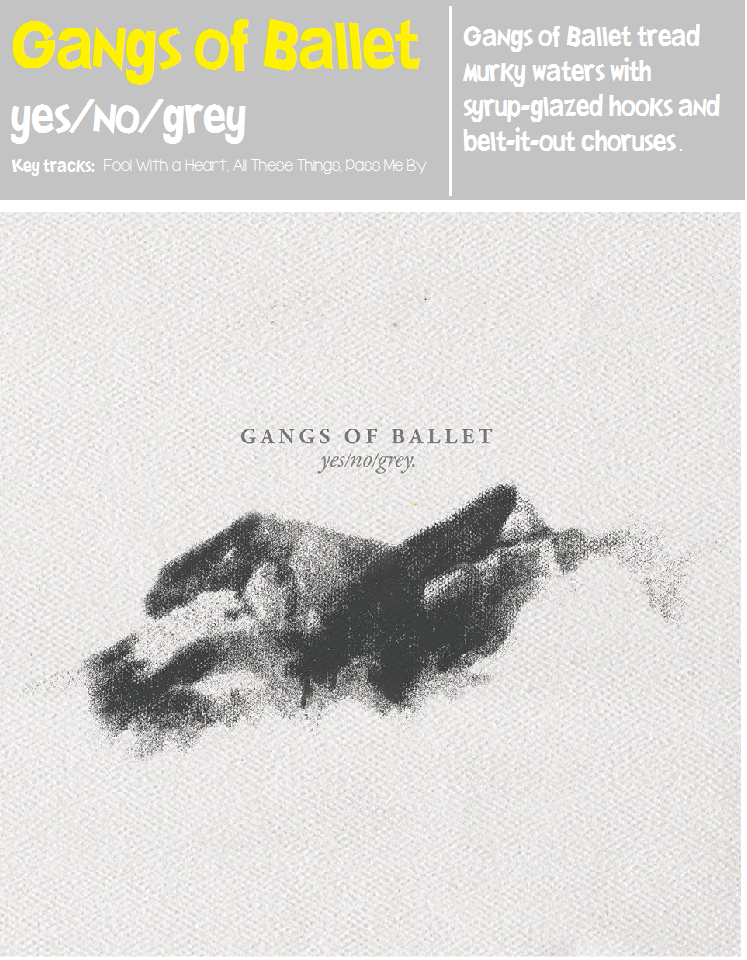 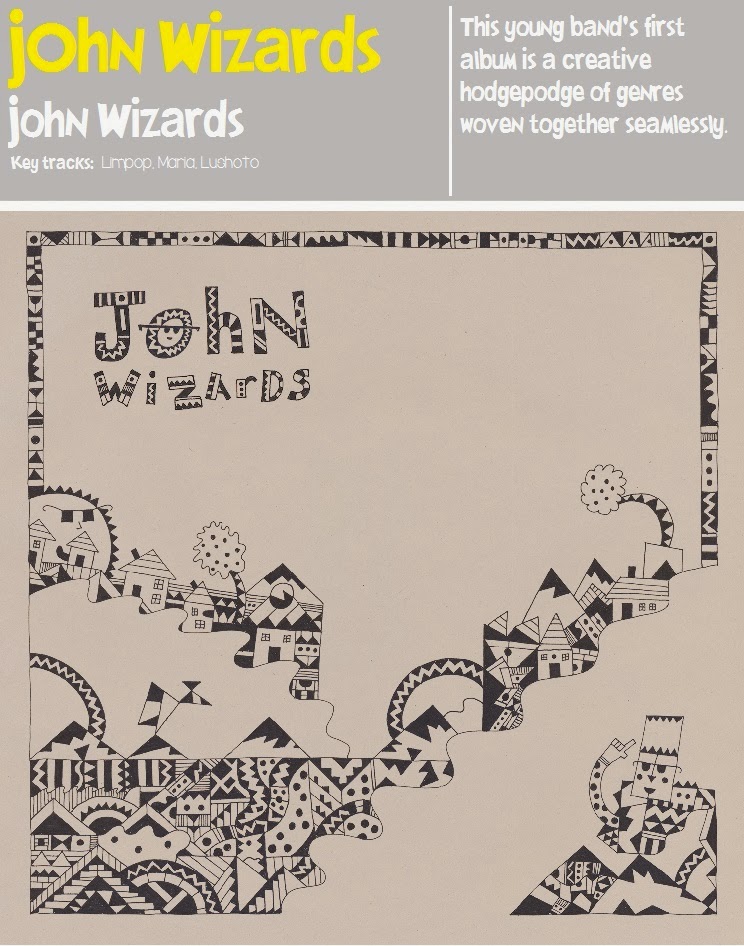 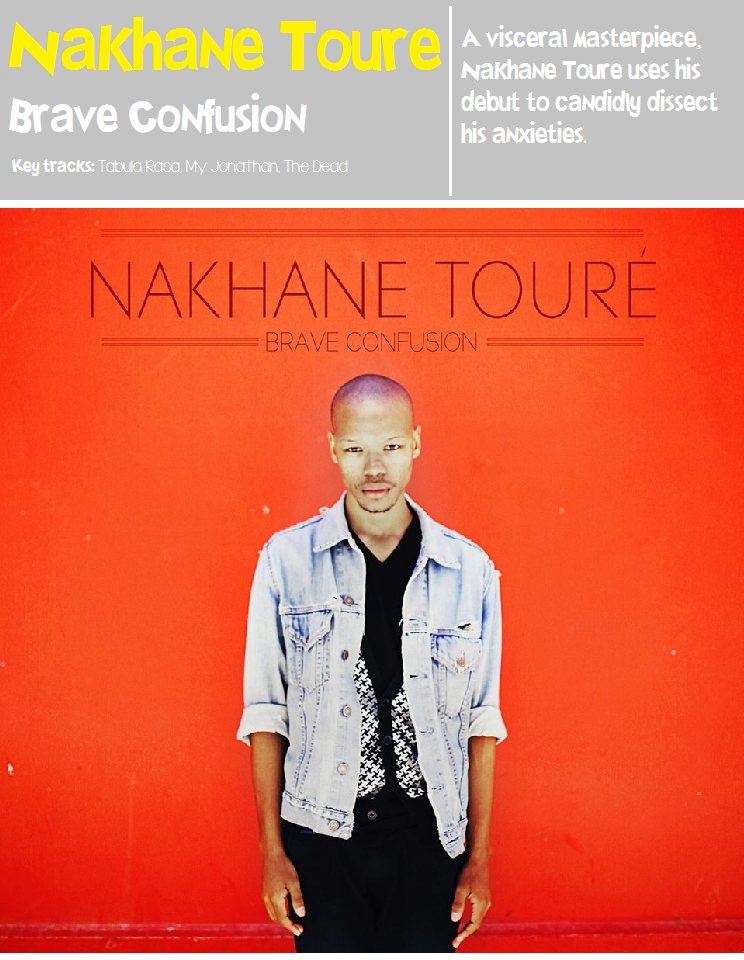 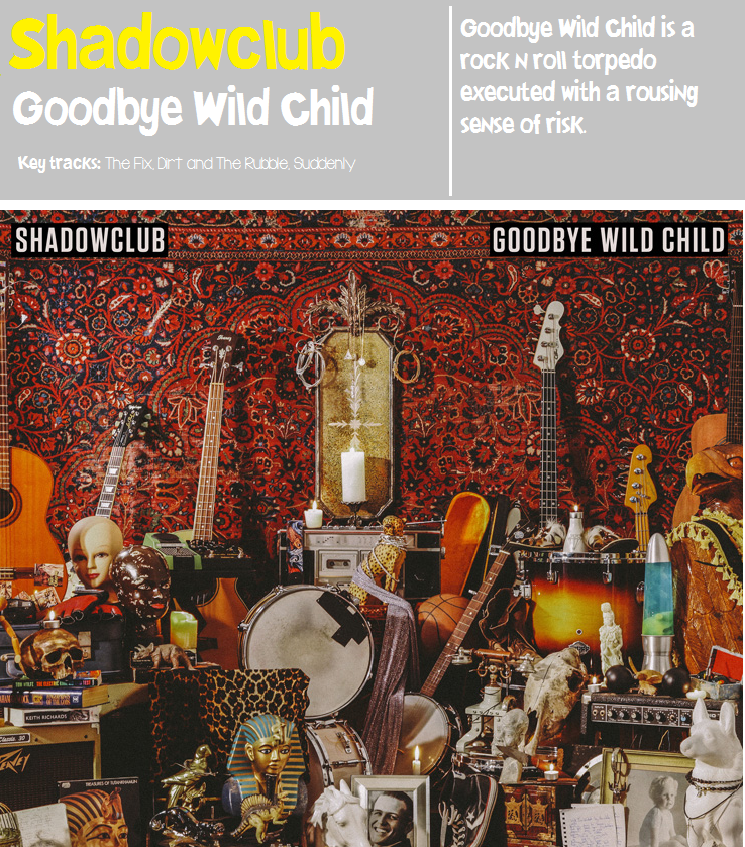 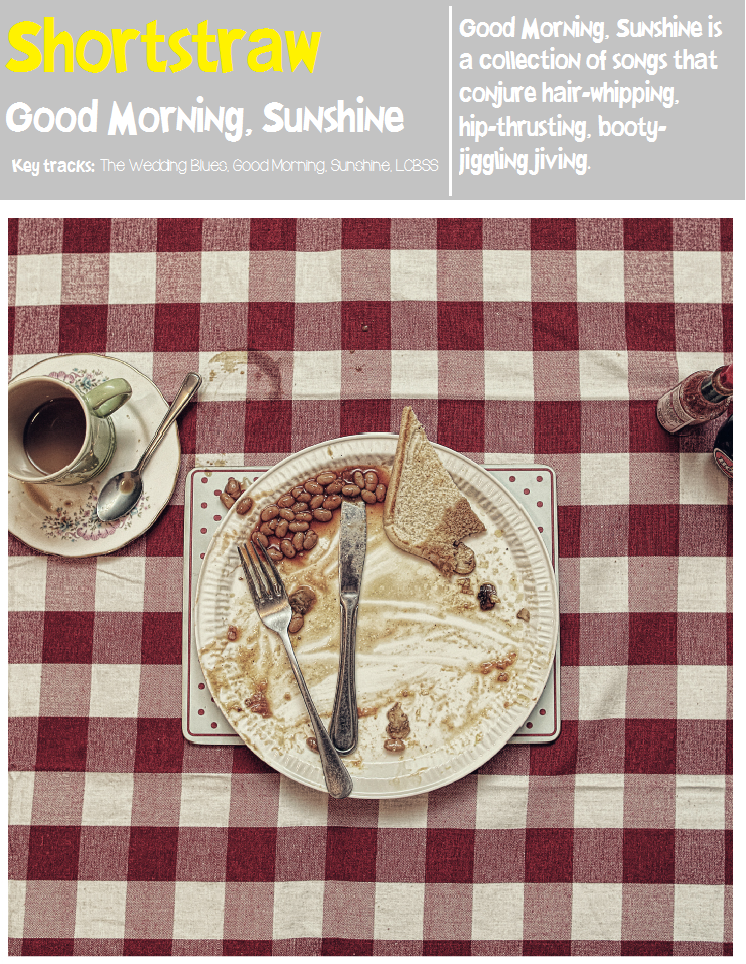 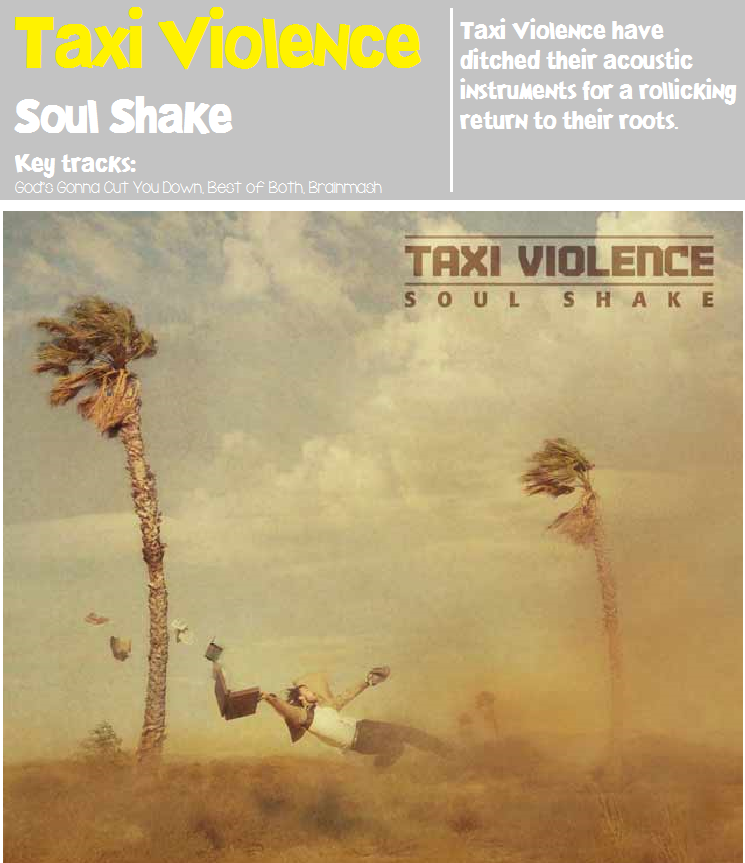 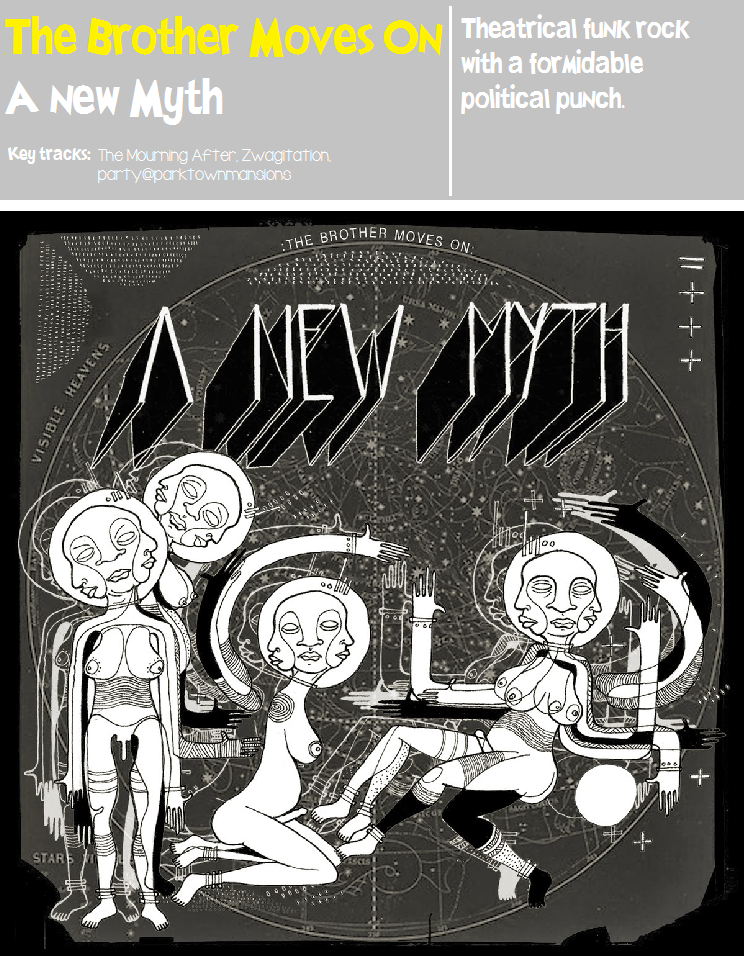 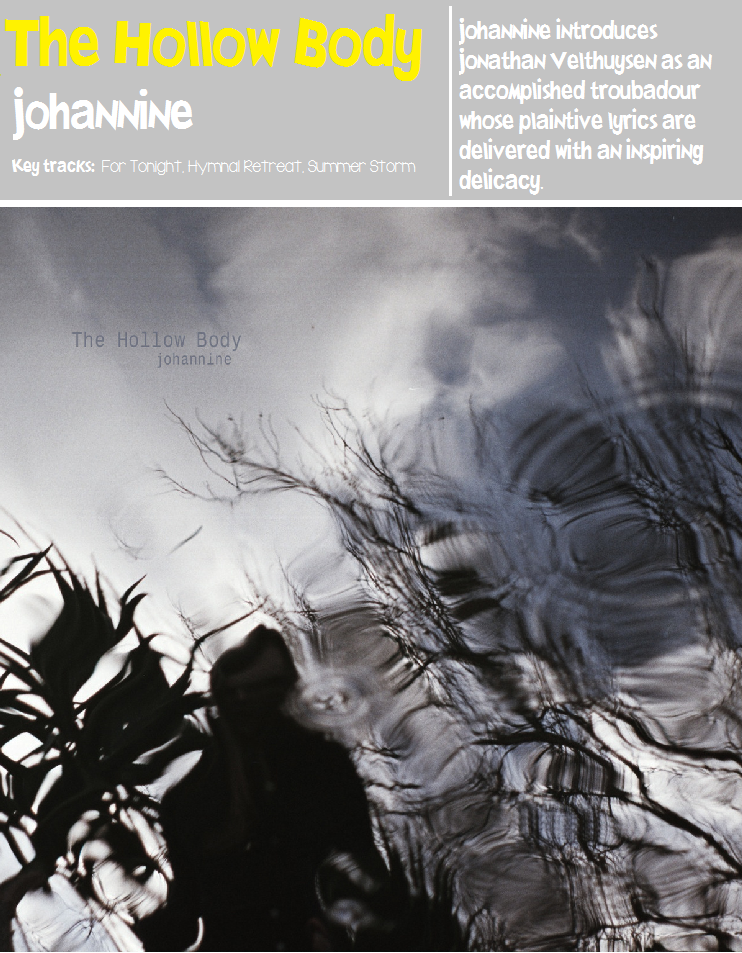 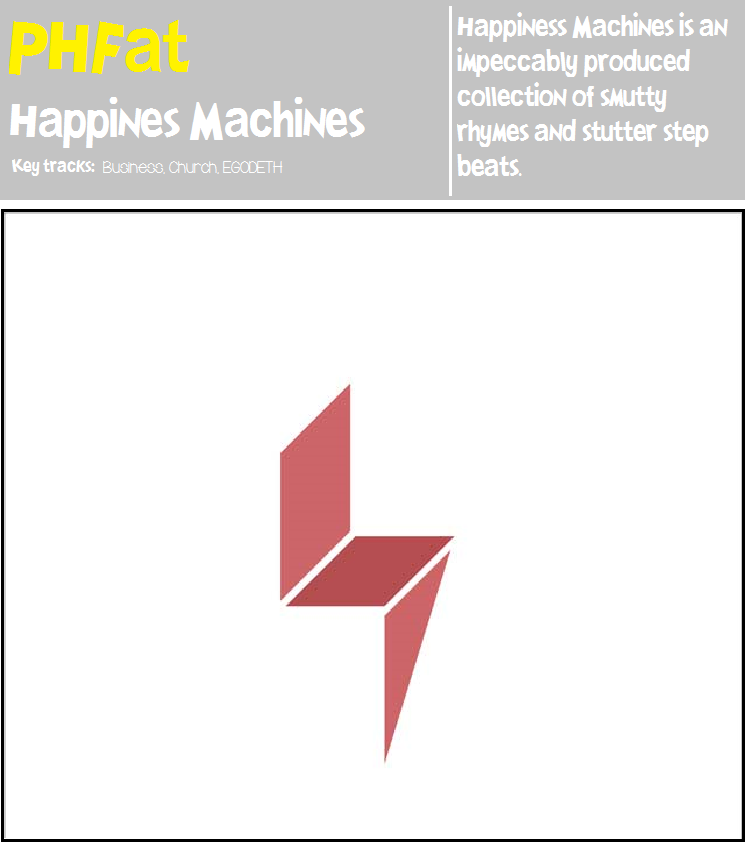 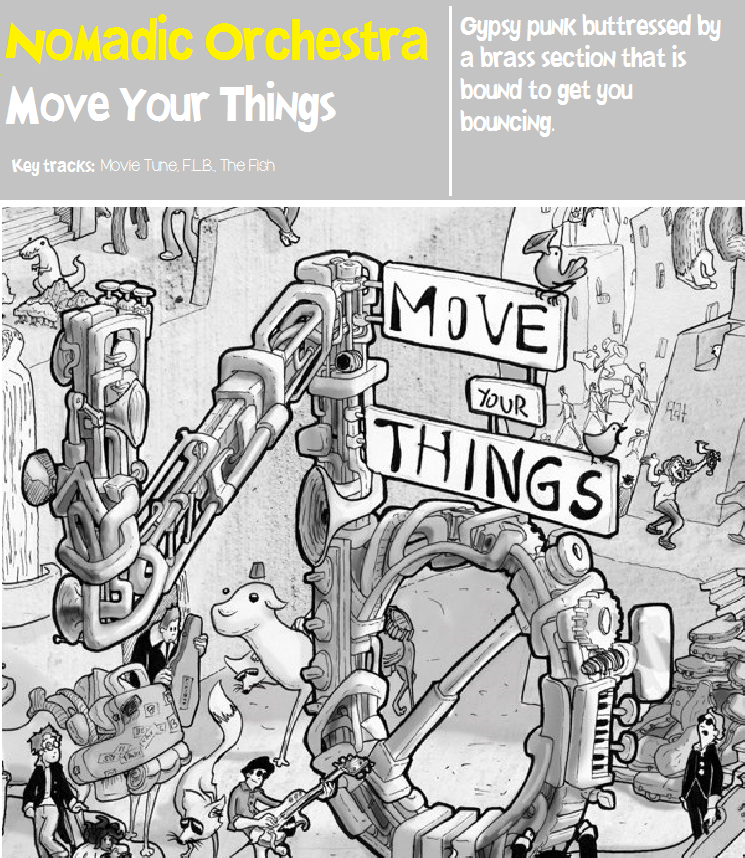 Posted by Melina Meletakos at 00:02 0 comments

Arno Carstens has released a cover of AC/DC's "Highway to Hell" as the first single off his new solo album, Lightning Prevails. Carstens tones it down for his take on the classic rock 'n' roll track, a clever move that puts the focus on his gravelly voice which has a beautiful depth to it.

The song has also been covered by the likes of Marilyn Manson, Green Day, The Darkness, Pink and, strangely, Maroon 5. I'm guessing it was before Adam Levine acquired moves like Jagger and his Sexiest Man Alive title.

Posted by Melina Meletakos at 12:14 0 comments

Gangs of Ballet have released a new music video for their track "Don't Let Me Go". Sure to be a bit of a tearjerker, it tells the story of an elderly couple who go on a joyride.

Posted by Melina Meletakos at 12:56 0 comments

Nader Rahmani is an Iranian 2D illustrator and caricaturist with a very unique style. His drawings of world leaders and celebrities have been published in a number of Iranian newspapers and magazines. Rahmani has done two caricatures of Madiba, so I thought it would be fitting to feature his work after South Africa's most beloved president was buried yesterday. 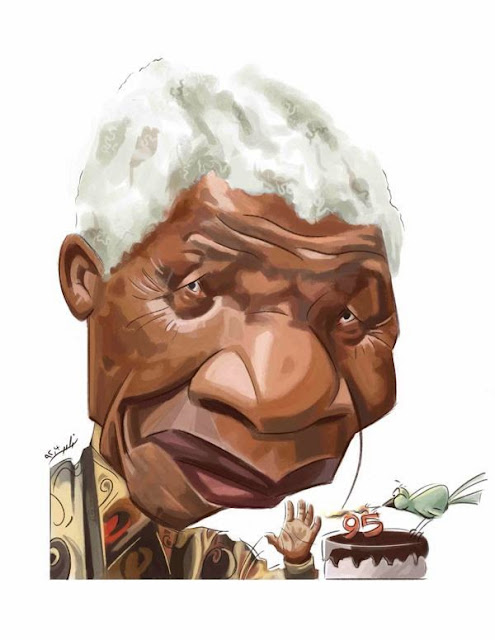 Posted by Melina Meletakos at 17:49 0 comments