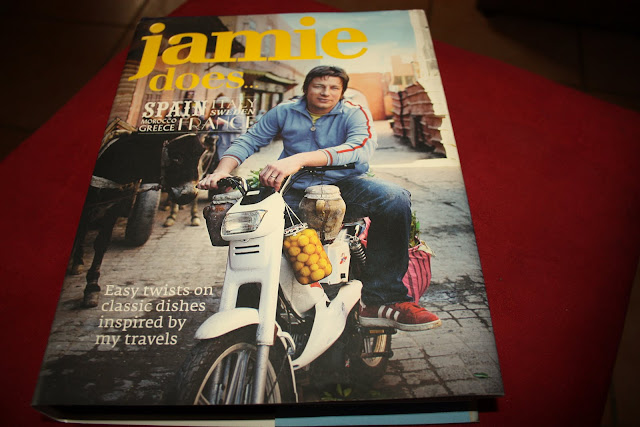 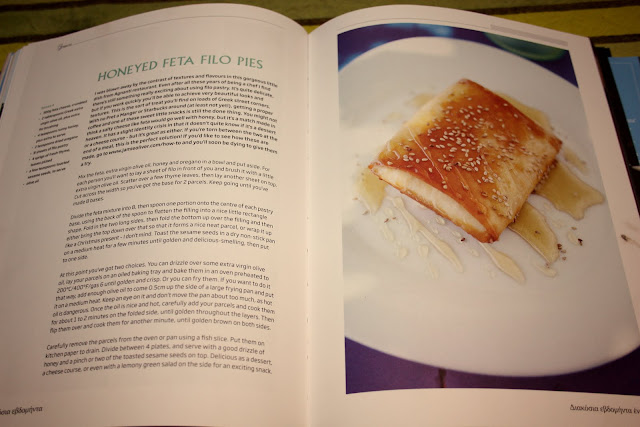 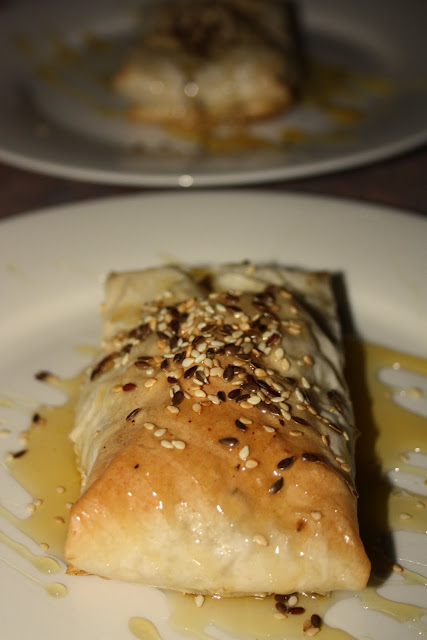 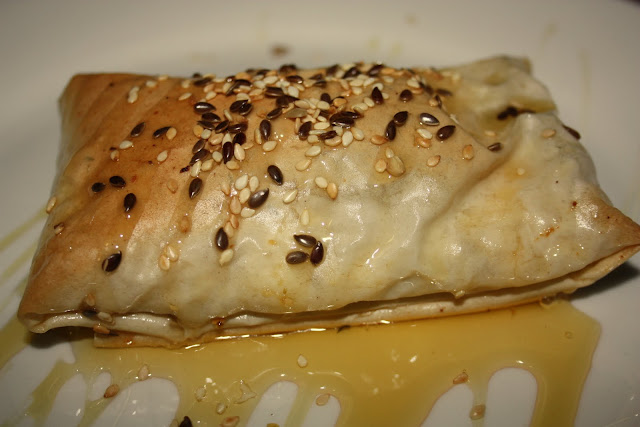 Today, I officially became a Good Greek Girl- I made tiropita (cheese pie) for the first time. After having the most divine tiropita in Rhodes (remember this post?), I thought that I would give Jamie Oliver's version a bash. I loved the aromatic thyme leaves in between the layers of filo pastry and the contrast between the creamy, salty feta and the sweet honey was just delicious.

Here's the recipe for all you eager beavers:

Mix the feta, extra virgin olive oil, honey and oregano in a bowl and put aside. For each person you'll want to lay a sheet of filo in front of you and brush it with a little extra virgin olive oil. Scatter over a few thyme leaves, then lay another sheet on top. Cut across the width so that you've got the base for 2 parcels. Keep going until you've made 8 bases.

Divide the feta mixture into 8, then spoon one portion on the centre of each pastry base, using the back of the spoon to flatten the filling into a nice little rectangle shape. Fold in the two long sides, then fold the bottom up over the filling and bring the top down over that so that it forms a nice neat parcel, almost like wrapping a Christmas present. Toast the sesame seeds in a dry non-stick pan in a medium heat for a few minutes until golden brown, then put to one side.

At this point you have two choices. You can drizzle over some extra virgin olive oil, lay your parcels on an oiled baking tray and bake them in an oven preheated to 200 degrees Celsius until golden and crisp. Or you can fry them. If you want to do it that way, add enough olive oil to come 0.5cm up the side of a large frying pan and put it on a medium heat. Keep an eye on it and don't move the pan about too much, as hot oil is dangerous. Once the oil is nice and hot, carefully add your parcels and cook them for about 1 to 2 minutes on the folded side, until golden through the layers. Then flip them over and cook them for another minute, until golden brown on both sides.

Carefully remove the parcels from the oven or pan using a fish slice. Put them on kitchen paper to drain. Serve with a good drizzle of honey and a pinch or two of toasted sesame seeds on top.

*I decided to put my pies in the oven- it's just a much healthier option. Also, instead of brushing the pastry with olive oil each time, you can use a combination of melted butter and a bit of olive oil. It's a cheaper option, as olive oil is pricey and you need quite a bit of it for this recipe.
Posted by Melina Meletakos at 20:15