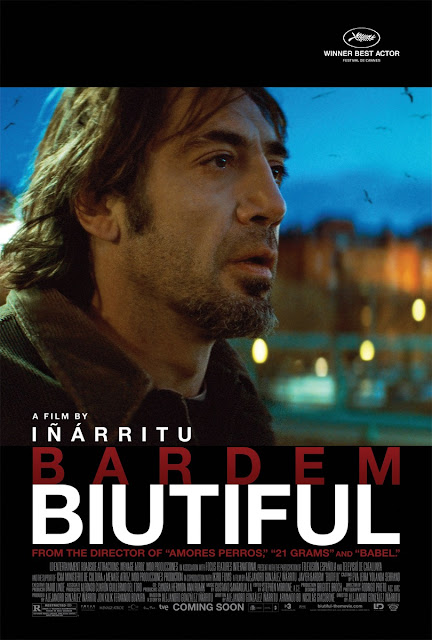 Last night I went with a couple of people from my Spanish class to see Biutiful. What a sad, sad movie. My goodness, I cried like a little baby (Yes, I can be a bawler in movies). Hell, I would have cried even more if I had waterproof eyeliner on and if I wasn't with people who are practically strangers. The movie was directed by the same chap that did Babel,  Alejandro González Iñárritu and it starred Javier Bardem. He was nominated for Best Actor for his role at this year's Academy Awards. I must admit, I didn't know all that much about this movie until my Spanish lecturer told us about it. I just heard that Javier Bardem was in it and I was sold (Love love love him, especially in Woody Allen's Vicky Christina Barcelona). The movie dealt with Chinese and African migrants in Spain poignantly (this issue of migration seems to be following me around everywhere this week). The only fault that I could really find in this film is that it was a bit dragged out. Otherwise, it was incredibly biutiful.
Posted by Melina Meletakos at 19:42