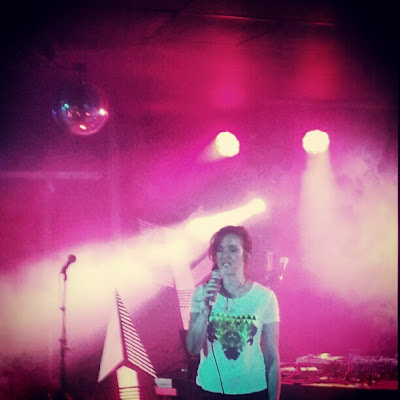 When I walked into Arcade Empire last night and saw the blue and red lit up arrows on the stage, I just knew it was going to be a good one. First up was MiNNAAR, the sibling collaboration that is Magdalene and Louis Minnaar. They were launching their EP, Volcano, which is a spine-tingling combination of electro and opera. Magdalene, who has lended her incredible soprano voice to roles like Christine in Phantom of the Opera, slipped into the role of the enigmatic, unearthly siren effortlessly.  The duo's set was short, what with their repertoire currently only consisting of five songs, but I look forward to seeing the expanded set that they are working on. Then we waited for Bittereinder for what felt like forever. It was so long, in fact, that new dance moves (like The Wave and The Bumper Car) were invented, shameless grooving to "Play That Funky Music" happened, and trips to the bar became more frequent. Somewhere between all of this, Louis Minnaar and Peach van Pletzen walked onto the stage in clinical white lab coats and lit up goggles. The batty beat-making scientists had arrived, with rhyme master Jaco van der Merwe not far behind. "Pretoria, is julle reg om te boogie?" he asked the crowd with his extended arm waving up and down, commanding the audience to join him. They couldn't have been more ready with their arms following the motion of his. The trio played a couple of old favourites but for the most part, their set consisted of brilliant new material. There are a lot of stellar collaborations on Bittereinder's second offering, with the likes of Shane Durrant, Hunter Kennedy, Chris Chameleon, Magdalene Minnaar and Andries Bezuidenhout all making an appearance on Die Dinkdansmasjien. I understand logistics can be tricky but it would have been mother flippin' cool to have seen some of these people on stage. It didn't take away from an amazing performance, though. Peach and Louis swapped their mad scientist look, for a gigantic eyeball that they wore on their heads and later they hopped onto the stage as bunnies. The best part is that all three of them looked like they were having the time of the lives, and it made all the difference.  "My naam is Riaan Cruywagen en ek lewe vir ewig," Jaco told the audience after their last song. He may not have found the Elixir of Life that Riaan Cruywagen has, but Bittereinder's performance was something that will be remembered for a long, long time. 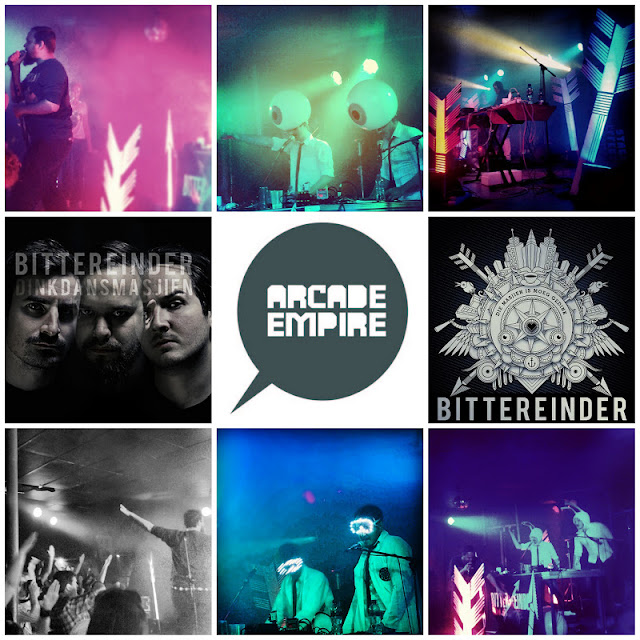 Take a look at "Volcano", the first music video off MiNNAAR's debut release. You can also download their EP here.

Posted by Melina Meletakos at 21:38