A review I did of Two Door Cinema Club's second album, Beacon, for Perdeby.
Published on 17 September 2012. 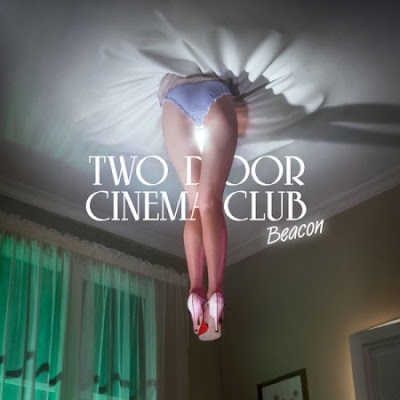 When Two Door Cinema Club exploded onto the indie circuit with the release of their debut album, Tourist History, geeks around the globe rejoiced triumphantly. Suddenly, it was cool to be a gawky, pasty-legged teenager donning a woolly jersey. And, better yet, the band’s guitar-laced synth pop became even cooler. Now, after two years of whirlwind touring and securing somewhat of a cult following along the way, the cherub-faced Irish trio have released their highly anticipated second studio album, Beacon.
If it’s Two Door Cinema Club’s addictive sing-along choruses and frenetic guitar riffs that you fell in love with the first time around, then you will be pleased that the band’s sound remains largely unchanged, except of course for U2 producer Jacknife Lee working his magic to deliver a more polished body of work.
Prominent electronics underpin a playful, repetitive guitar riff in “Wake Up”, a song narrating a dream. “Goodnight, daylight / I won’t remember you for long,” sings lead singer Alex Trimble sluggishly, as if to emphasise that we are very much a part of someone’s stray into slumber.
“The World is Watching” is a wispy love song in which English songstress Valentina contributes her pure, delicate voice, while “Sun” is a slower, piano-led number which refreshingly includes a brass section midway through the track. But it is on “Sleep Alone” that all these elements seem to come to a head in an epic battle for your attention. The ear-throbbing cacophony that ensues proves that less sometimes really is more.
Two Door Cinema Club are well aware of the ingredients needed to produce flop-proof, unwittingly catchy tunes, and they are making the most of this tried and tested recipe. By doing little to veer away from it, the songs that make up Beacon risk melting into one indistinguishable track. One area, however, that the band does experiment with, is their lyrical content. The inevitable isolation that arises from constantly being on tour is explored in many of the tracks on the album. “I don’t know where I am going to rest my head tonight,” sings Trimble on “Next Year”, while on “Settle”, he declares, “This isn’t home / This isn’t home / I couldn’t feel more alone.”


While Two Door Cinema Club avoid suffering the fatal second album slump, Beacon is not an album which tells the story of musical progression. The band chooses to stick with what is familiar to them and their audiences, which, while not being incredibly exciting, is not necessarily a bad thing. You can’t help but wonder that only when Two Door Cinema Club finally start taking a gamble, will they hit jackpot and reach their full potential.

Posted by Melina Meletakos at 21:07