Mana Morimoto is a Japanese artist who combines black and white photographs with colourful thread embroideries. In an interview with Artchipel, Morimoto, who is also known as MNMRMT, spoke about her creative process and how she developed her aesthetic:

"I like the idea of using both digital and analog tool in my work; it can be a vintage photo, an image that I found on Google or a profile picture that I steal from my friend’s Facebook. I used to embroider on colour images at first but realise that the embroidered threads go better on a black and white image. The colour compositions become more three-dimension and vivid. So I decide to systematically change the colour picture into black and white. I print it out on a thick paper and make a bunch of holes using a needle before stitching. I complete the process by scanning and uploading the final work on my Tumblr."

Morimoto also says that the stitching and weaving process is therapeutic for her and always makes her feel better about things in her life. 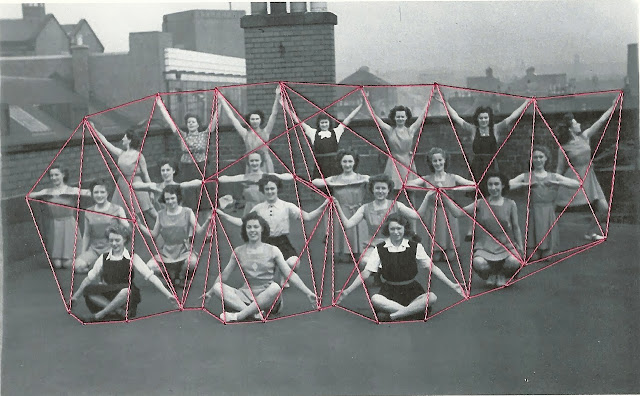 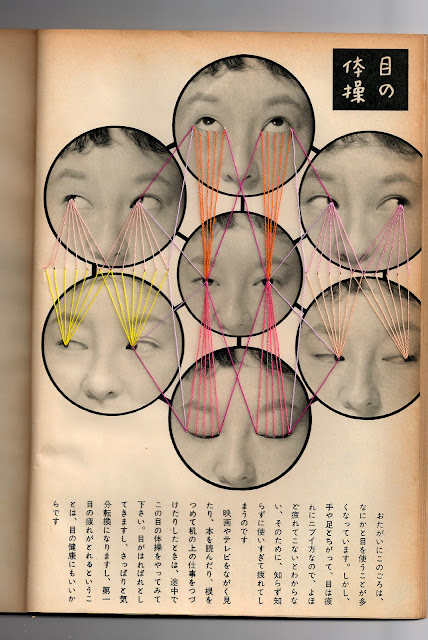 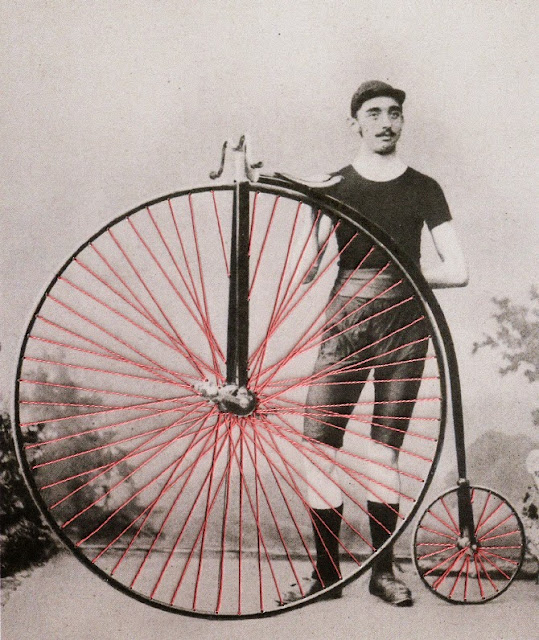 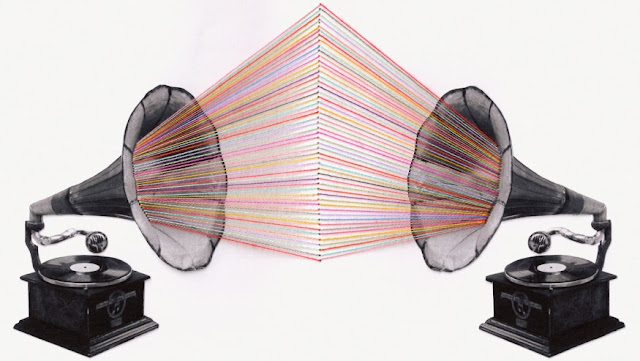 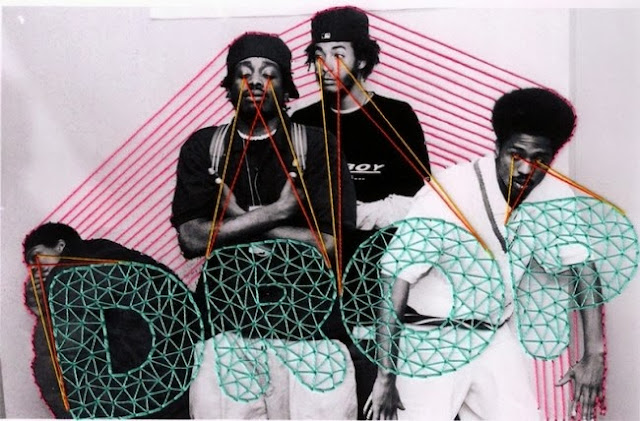 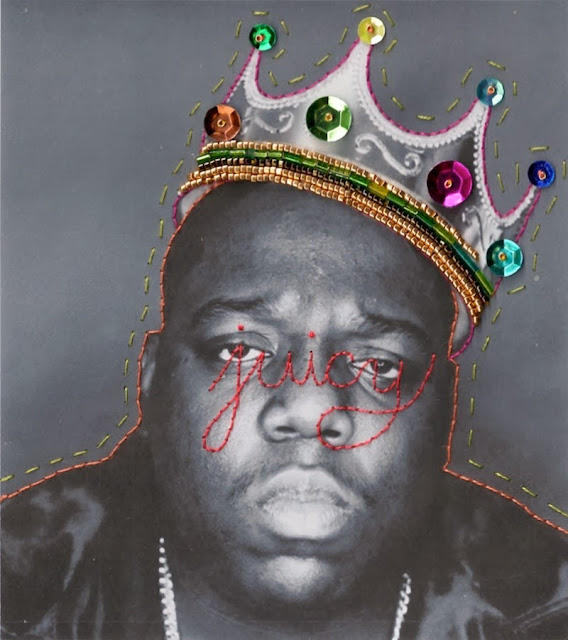 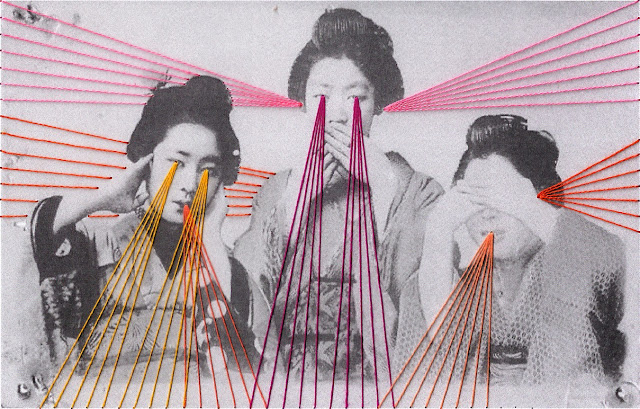 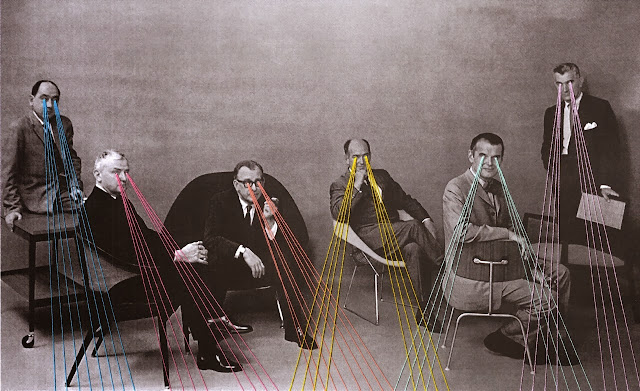 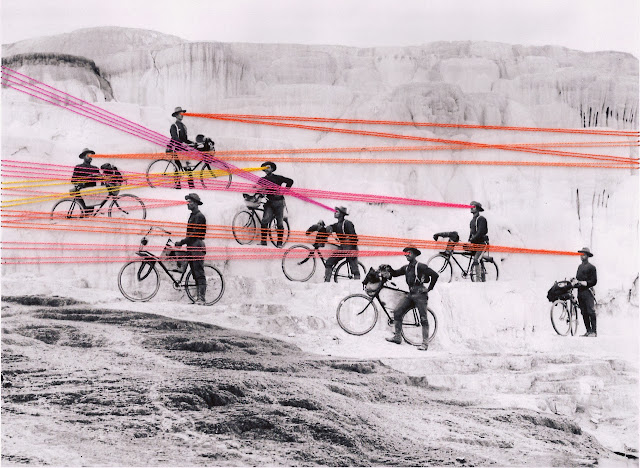 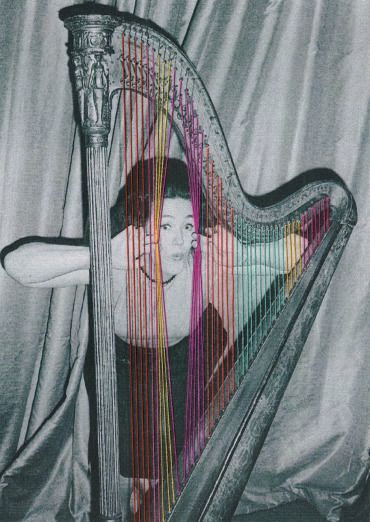 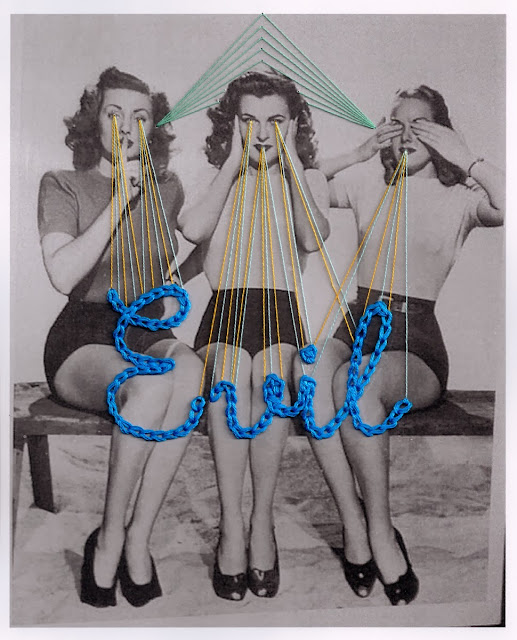 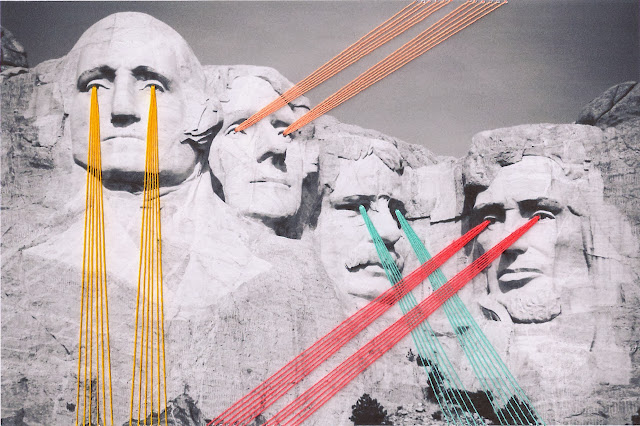 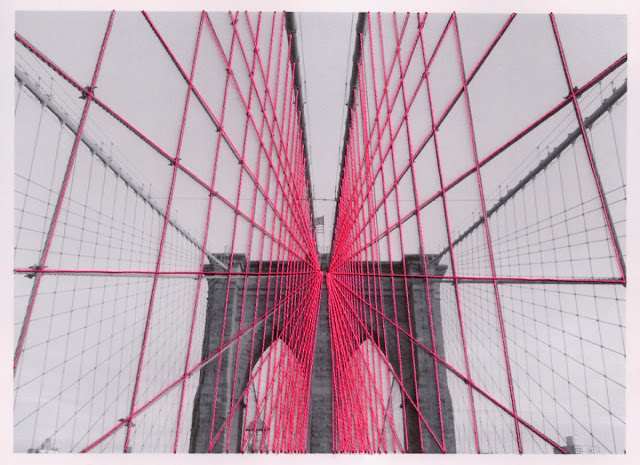 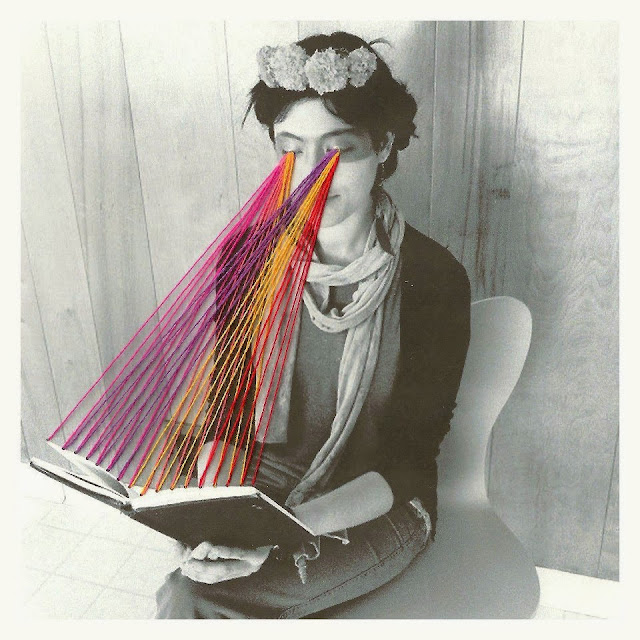 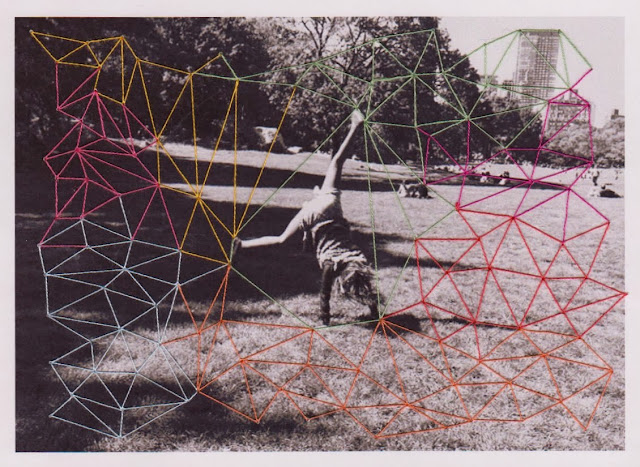 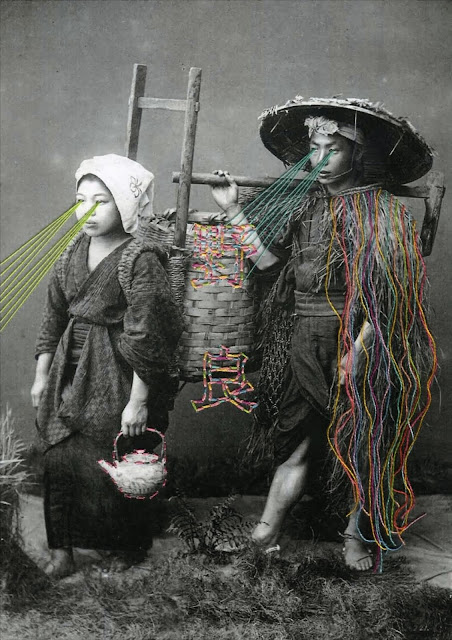 Posted by Melina Meletakos at 14:17