This article was first published in Perdeby on 4 March 2013. 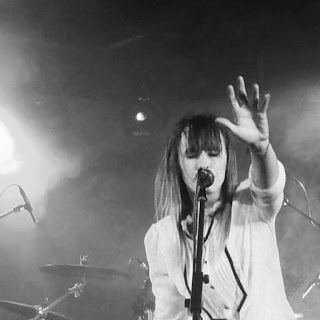 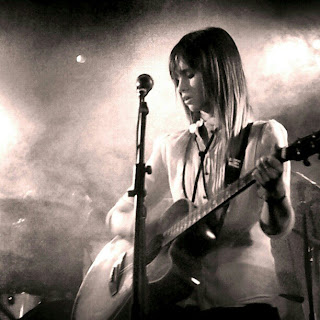 In the middle of Cape Town’s train station, as hurried commuters were mindlessly heading for their destinations, Tailor burst out in song. People slowly started paying attention to the petite figure that was the source of such a commanding voice. Local indie record label Just Music noticed too. A few months later, Tailor landed herself a record deal and released her debut album The Dark Horse. Nominated in the Best Newcomer category at this year’s MK Awards, it’s as if the songstress came out of nowhere and made a beeline for success. Truth is, Tailor’s talent had been hibernating in another incarnation. She fronted the now defunct punk-rock band Mel-funktion which toured Japan but didn’t ever get to release an album. Perdeby caught up with Tailor to talk about her loyal fans, the lessons she learned from Mel-funktion and what she misses about Pretoria.

You plan on moving from Cape Town to Jo’burg pretty soon. Has that happened yet?
No, it hasn’t happened yet but it will later this year. It’s to promote the album and just 24/7 focus on that.

You have an astounding ability to manipulate your voice in various ways. Is this something you practise or does it come naturally?
I remember as a kid it used to be quite strange figuring out that part of me. I knew I could do it, but it wasn’t something I focused on while performing, or ever. It just came very naturally.

You bring that same emotional intensity into your performances. Do you find it draining?
It is very draining but it still feels so good. Some people think that I leave the stage feeling angry. It just happens, once again, very naturally. It’s not something I force and if I feel it, it happens and if it doesn’t, it doesn’t. But it is tiring.

Is it difficult to bare your soul to an audience?
No, because I get on stage and I become Tailor, a part of me that I don’t show offstage. It’s just very truthful and raw, but it’s not premeditated at all.

What was it like working with producer Matthew Fink on the album?
It was amazing – he is a genius. He just let me do my own thing and be myself. He pushed me very hard and it was very long hours, literally 10 to 11 hours every day in studio. It was a magical journey.

What lessons did you learn being a part of Mel-funktion that you are applying to the music you are making now as Tailor?
To be honest, in Mel-funktion I knew that the music industry was difficult and it was a lot of hard work, but it’s even more hard work than I thought. I guess that built me, it kind of put down the groundwork for what was to come and I know who to work with now and who not to work with. It taught me various things, but that’s one of them.

Have you been working on any new material, perhaps a follow-up album?
I have, especially since the Zebra & Giraffe tour, I’ve written over 20 new songs. It’s crazy. I’m actually performing one of the new songs tonight, to kind of test the waters and see what the response is.

Do you have any music videos in the pipeline?
For now, I think we’ve shot pretty much all of them, especially the live ones just came out, like the live ones of “Shaped Like A Gun” and “Wolf”. You never know, some creative idea might pop up, but for now, music videos are complete.

Fans from all over the world have asked when you are going to pay them a visit. Do you have plans to try and break into the international market?
There are talks of it, so somewhere in the pipeline.

Anywhere specific?
I’ve been getting a really good response from Ontario, so that could maybe be a possibility.

You’ve been nominated for an MK Award for Best Video and Best Newcomer. How would you convince our readers to vote for you?
I’ve been working really hard at this. I’m not saying that the other musicians didn’t, but I’ve been working ten years at this and especially the Best Newcomer one is quite special to me, so to just be recognised. I think to just be nominated is very cool but obviously to win it would be the bonus.

You’re actually a Pretoria-born girl. What do you miss about the city?
I miss the people. They’re much more different than [the ones] in Cape Town. Pretoria people are so welcoming and heart-warming and friendly. I just met this amazing fan now, Nadia Coetzer, she always comes to my shows. She brought me this present, like this horse and a little heart with it. That was just a sum up of how amazing Pretoria people are.

You have quite the fan base.
I know. I have a very loyal fan base. I might not have 20 000 likes on Facebook but the people that are there constantly come back.

Fans are constantly saying how much your music has changed their lives. Do you feel that the job comes with a big responsibility?
I feel like what I do is such a blessing. I keep reminding myself that I don’t want to do this for me, though I am the face of Tailor, I want it to be a very selfless project almost. My main mission with Tailor is to change people’s lives. Writing is a very natural process for me, so I’ve been blessed to do that and change people’s lives, so my job is done. I’m just going to sit back and gig. So no, I don’t think it is, in that sense, a big responsibility because it’s not all about me, it’s about them.
Posted by Melina Meletakos at 18:55