I have to be quite honest (and perhaps a tad dramatic), but seeing or hearing anything about Miley Cyrus just gets my gag reflexes going. Then I saw her in this futuristic-chic David Koma dress at the People's Choice Awards and my gag reflexes decided that they could tolerate the sight of Miley in a garment so pretty. Let me assure you though, this is the exception though, not the rule.
Here's some more of David Koma's looks from his Spring/ Summer 2012 collection that was showcased at London Fashion Week. Definitely a designer to keep an eye on, yes?
(Images below credited to Stuart Wilson/Getty Images Europe. Found via Zimbio) 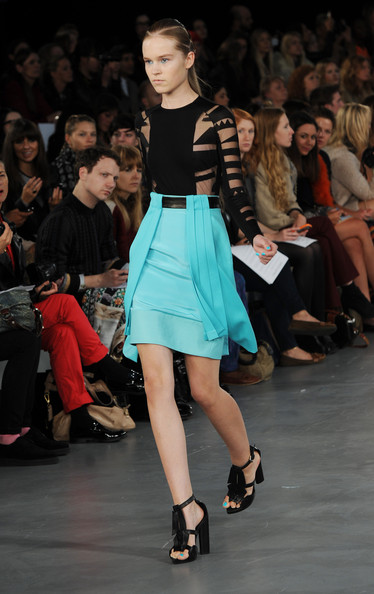 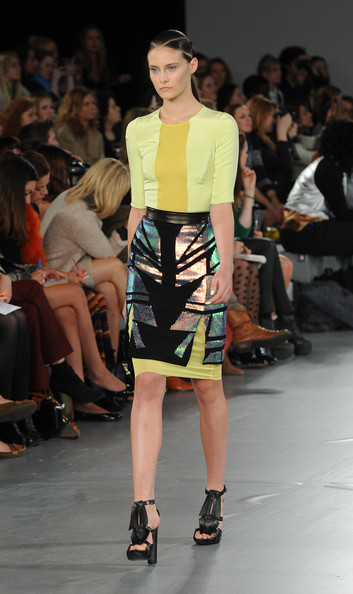 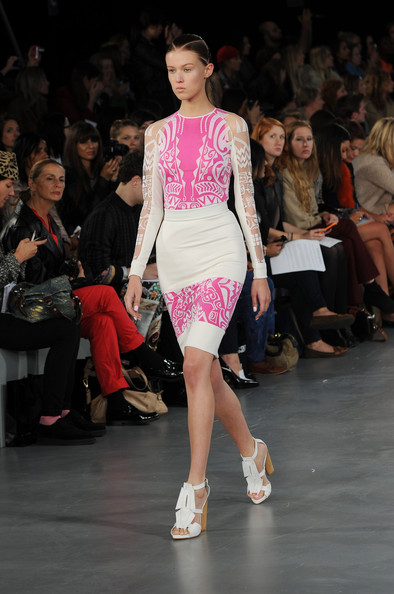 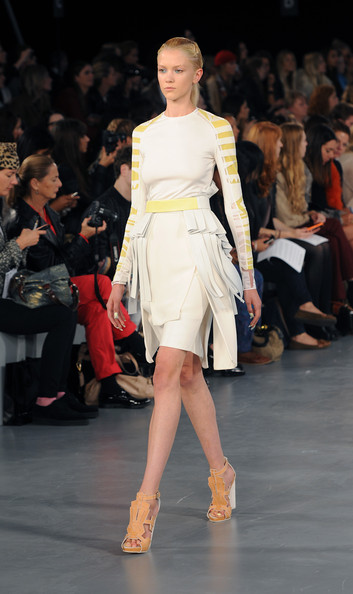 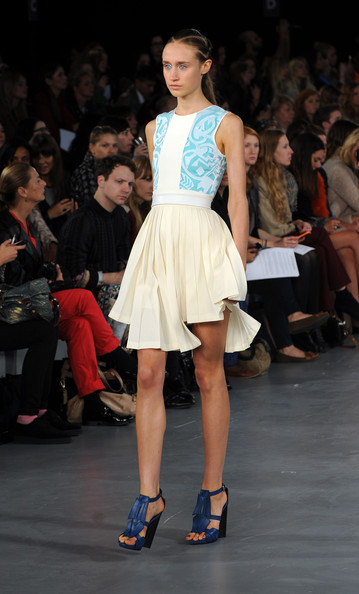 Posted by Melina Meletakos at 20:35