"Feel the grace of collective consciousness" 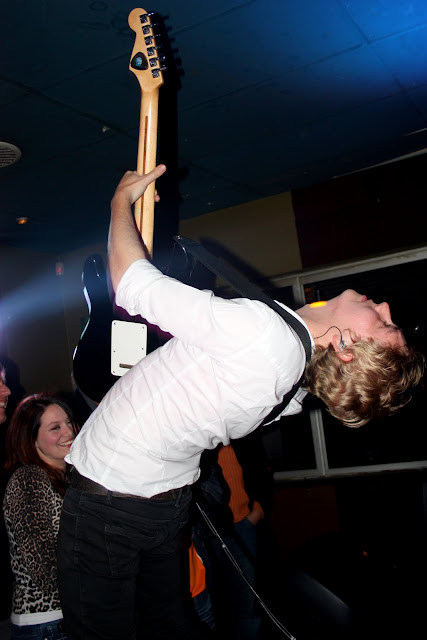 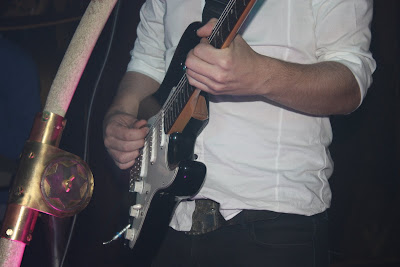 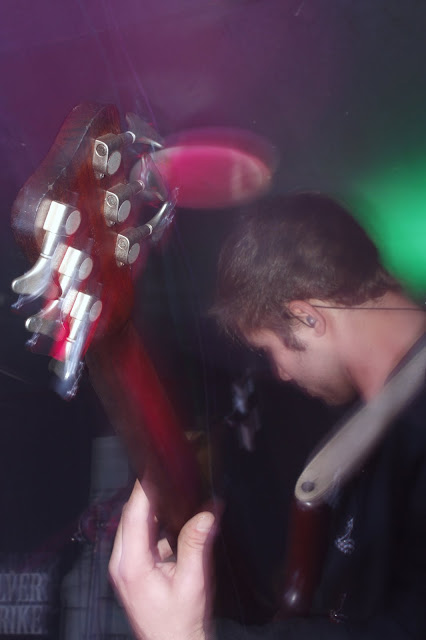 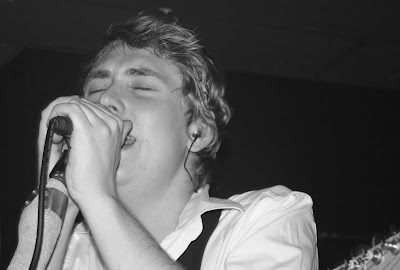 If a loony professor could combine Mew, Muse and a touch of York Bowen in a test tube, you would get Isochronous. Last night, this epic progressive synth rock band performed in their hometown, Pretoria,to a crowd of zealous fans at Tings ‘n Times. Richard Brokensha’s chillingly angelic voice is accompanied by the multi-layered, perfectly executed combination of Franco Schoeman on bass, Alex Parker on keyboards and Marko Benini on drums. Their music takes you on a transcendental trip around the room, only to return wanting more. Their third album, Inscape, will be released later this year and oh boy, I can't wait to get my paws on it. In my opinion, Isochronous is one of the best bands in South Africa and between you and me, they should have been chosen to open for Coldplay. Also, a BIG thank you to Bridget for some amazing photos and photography tips- you are awesome, friend!
Posted by Melina Meletakos at 20:34